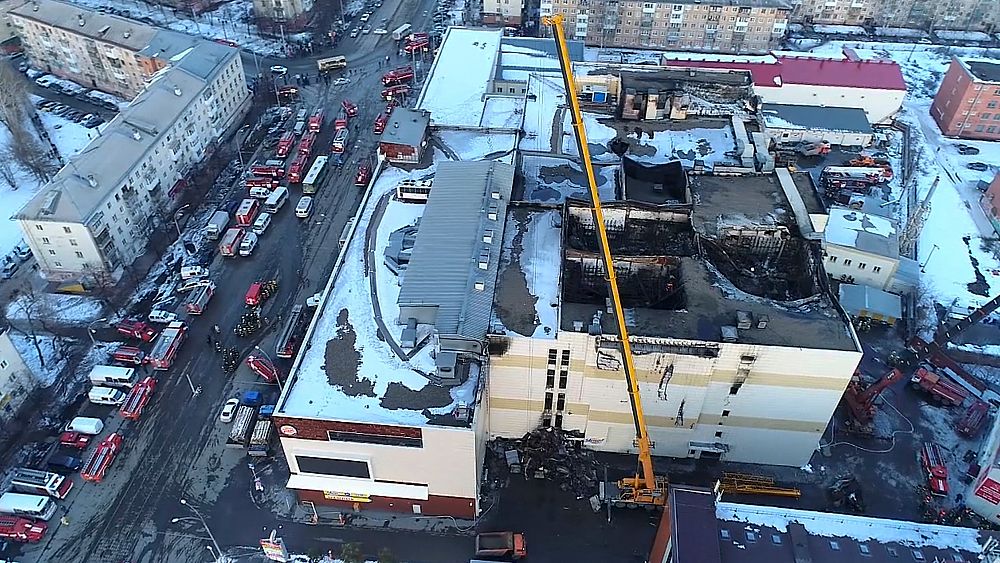 A Russian court has jailed eight people for negligence over the deadly 2018 fire at a leisure centre in Kemerovo.

Lengthy prison sentences were handed out to the manager of the building, as well as fire safety officers.

An investigation concluded that the company that owned the mall had violated fire safety regulations.

Yulia Bogdanova, the former CEO of the firm, received a 14-year jail sentence by the Zavodskoi district court on Friday.

Meanwhile, Nadezhda Suddenok, CEO of the company which ran the complex, was given thirteen-and-a-half years.

Six others — including fire safety officers and a security guard — received prison sentences between five and eleven years, according to TASS news agency.

According to Russian authorities, 60 people were killed and another 147 injured when the fire engulfed the leisure centre on 25 March 2018.

At least 37 of the victims were children, while many died suffocating in the leisure centre’s cinema. Dozens of animals at the complex’s petting zoo were also killed.

The blaze first broke out after a short circuit in the lighting near a children’s play area on the mall’s fourth floor.

Witnesses reported that fire alarms in the building were not connected and the sprinkler system also malfunctioned.

Evacuation efforts during the fire were also hampered by blocked, heavy doors in the building’s cinemas, investigators have said.

On Friday, the Russian court found six of the defendants guilty of causing death by negligence and violating fire safety standards, and well as “providing services that do not meet safety requirements”.

Georgiy Sobolev, the leisure centre’s technical director, was given an eleven-year sentence.

Prosecutors said Sobolev helped Bogdanova and Suddenok cover up that the mall had ignored fire safety rules to save money.

The mall’s security guard Sergei Antyushin was sentenced to eight years in prison. Prosecutors said that Antyushin had seen the fire break out on CCTV, but switched off the fire alarm and failed to come to people’s rescue.

Two firefighters were also charged with negligence for failing to organise and manage the rescue operation. Sergei Genin and Andrei Bursin were each sentenced to five and six years in prison.

Four of the defendants — including Bogdanova — admitted partial guilt for the disaster. Three other criminal cases concerning the fire remain in progress.

March 28 has since been declared a day of national mourning in Russia.