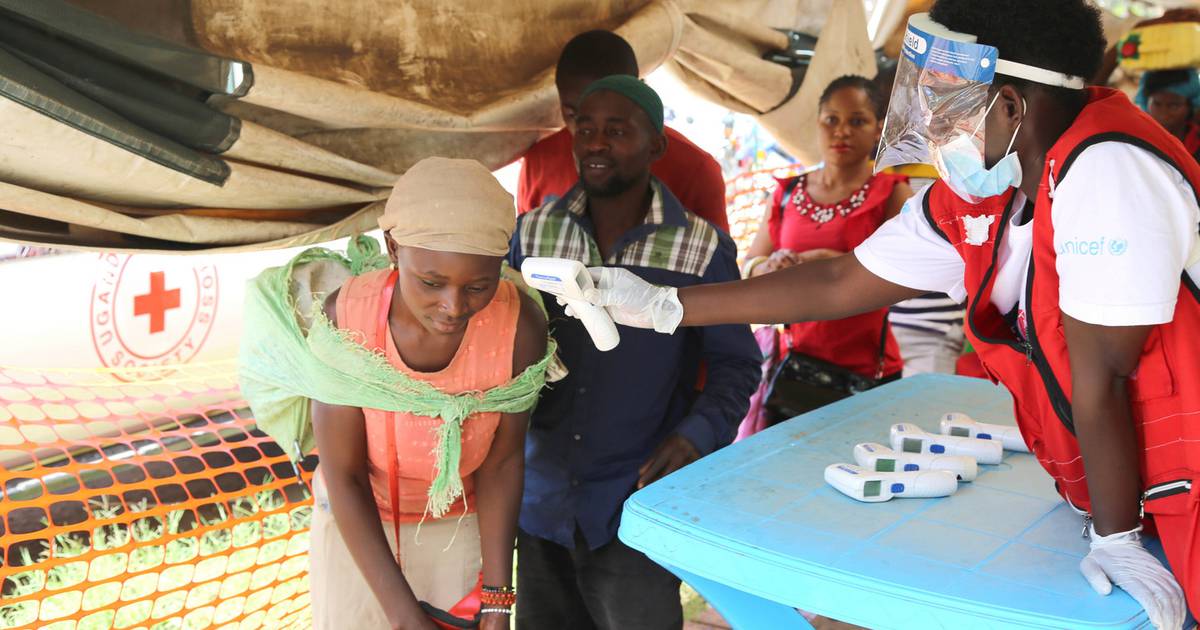 Uganda declared a new Ebola outbreak on Tuesday, with one confirmed death.

A 24-year-old man died in the central district of Mubende after presenting with the symptoms of the deadly haemorrhagic fever.

The World Health Organisation (WHO) said the man had tested positive for the “relatively rare Sudan strain” of Ebola.

“This follows an investigation by the National Rapid Response team of six suspicious deaths that have occurred in the district this month,” the organisation said.

Eight other suspected patients are being treated in a health facility, according to the WHO.

This is the first Ebola death in Uganda since 2019, when several people died after a family crossed the border from neighbouring Democratic Republic of the Congo (DRC). They had attended the funeral of a relative who was later confirmed to have been infected. In that case, the outbreak was quickly contained.

The new outbreak is the first involving the Sudan strain in Uganda in more than a decade.

“We are working closely with the national health authorities to investigate the source of this outbreak while supporting the efforts to quickly roll out effective control measures,” said Dr Matshidiso Moeti, the WHO’s regional director for Africa. “Uganda is no stranger to effective Ebola control. Thanks to its expertise, action has been taken to quickly detect the virus and we can bank on this knowledge to halt the spread of infections.”

In total, there have been seven previous known outbreaks of the Sudan strain of Ebola, with four of them in Uganda and three in Sudan. The last in Uganda happened a decade ago, when17 people died. Sudan’s last outbreak was in 2004.

Ebola spreads through bodily fluids, and can lead to fever, aches and pains, muscle weakness, vomiting and diarrhoea. Death can result from severe dehydration and multiple organ failure.

Since then, the likelihood of survival for those infected with Ebola has greatly increased, with the development of better treatments, as well as vaccines, which allow healthcare workers to pre-emptively protect people local to the outbreak and stop its spread.

However, in a statement on Tuesday, the WHO said that “while ring vaccination of high-risk people with [the] Ervebo (rVSV-ZEBOV) vaccine has been highly effective in controlling the spread of Ebola in recent outbreaks in the Democratic Republic of the Congo and elsewhere, this vaccine has only been approved to protect against the Zaire virus. Another vaccine produced by Johnson and Johnson may be effective but has yet to be specifically tested against Ebola Sudan [the Sudan strain].”

Last month, neighbouring DRC also recorded a new Ebola case in the city of Beni, North Kivu, in the country’s east, with analysis showing that the case was genetically linked to the 2018-2020 Ebola outbreak in its North Kivu and Ituri provinces. That was the country’s longest and largest outbreak, and resulted in 2,299 deaths.