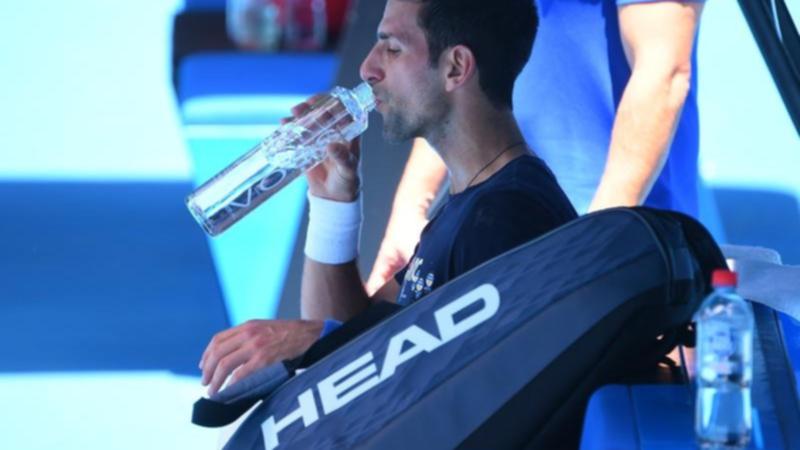 Defending Australian Open champion Novak Djokovic will know his first-round opponent within hours, but whether the world No.1 will be allowed to compete remains uncertain.

The Open draw will be held at Melbourne Park on Thursday afternoon while top seed Djokovic remains in limbo, sweating on a decision from Immigration Minister Alex Hawke.

Despite a win in court on Monday, the Serbian superstar still faces the prospect of deportation with Hawke retaining the power to cancel Djokovic’s visa.

In winning the case, Federal Circuit Court Judge Anthony Kelly on Monday said Djokovic was given insufficient time to speak to Tennis Australia officials and to lawyers to respond to being told of the intent to cancel his visa.

A decision by Hawke is expected on Thursday after his office said additional information provided by Djokovic’s legal team had pushed back the timeline.

It’s unclear whether there are other legal avenues that Djokovic can pursue if he fails in his bid to remain in the country.

The nine-time titleholder used a recent COVID-19 infection to gain a medical exemption, but was denied entry by Australian Border Force officials and sent to detention hotel.

Subsequently, Djokovic admitted in a statement on Wednesday he had provided false information on his travel declaration and blamed his agent for the error.

He said he didn’t attend any public events after testing positive but revealed he had conducted a media interview in Serbia while knowingly infected, which he described as an “error of judgement”.

Djokovic has tried to keep it business as usual in his build-up to the Open, where he will bid for a record 21st grand slam title.

He was scheduled for another training session at Rod Laver Arena on Thursday.

Djokovic previously had a session with young Australian Tristan Schoolkate, which was his third on court since being released from hotel detention on Monday.