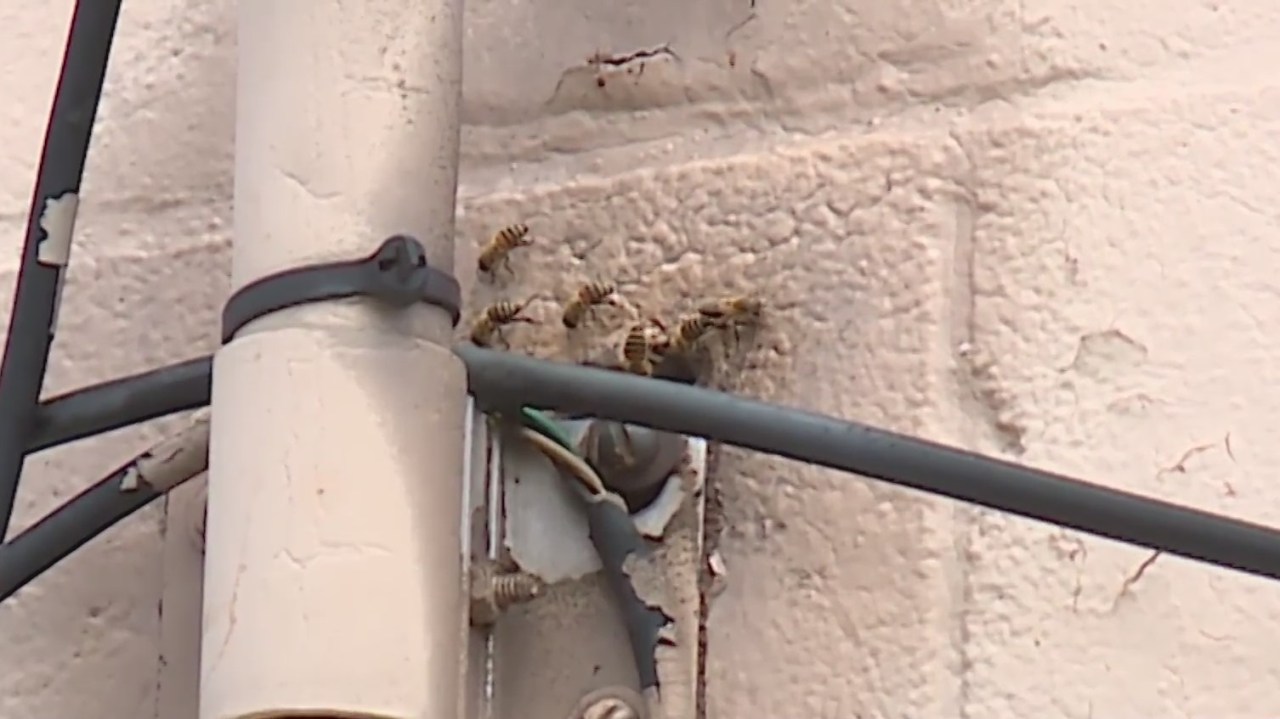 AUSTIN (KXAN) — Austin-Bergstrom International Airport had some visitors who made a home in a building that’s set to be demolished.

The building where the bees were found was one of the original Bergstrom Air Force Base buildings. It needs to go to make way for a new runway.

Schumacher said three hives were actually found on site. He said it’s estimated the hives were there between five and 10 years.

“Then we’re going to wrangle all three of those hives and take them safely to a place where they can live out their lives,” Schumacher said.

The building’s cinder blocks had to be chiseled away to expose the bees as part of the extraction process.

The bees will be taken to one of AHBPA’s local apiaries, where the hives will be rehabbed and returned to normal honey production levels.