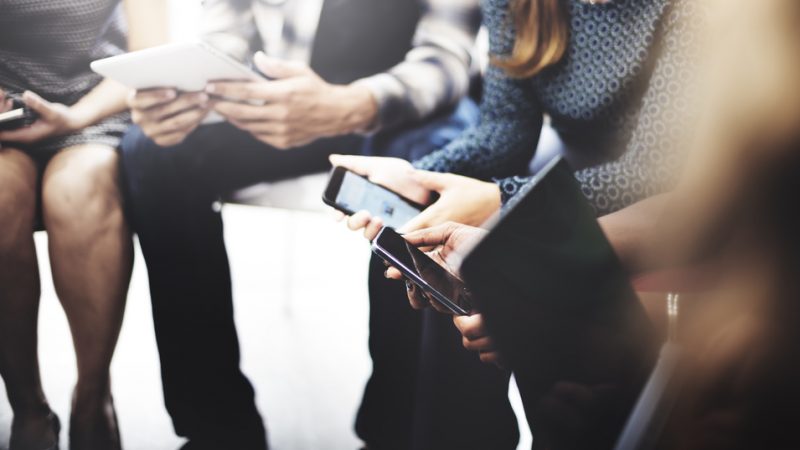 European cities are using online tools to engage their inhabitants, but a lack of digital skills and access could amplify existing inequalities.

With digitalisation on the rise, online technologies are increasingly used by local governments to boost civic participation.

“Over the last 20 years now, institutions have more and more tried to insert features into their service delivery, administrative and democratic processes that enable people to have a say,” said Rebecca Rumbul, head of research at mySociety.

Barcelona, for example, has put in place a platform called Decidim.Barcelona (Catalan for “we decide”) to empower citizens and engage them in the decision-making process. The website enables users to submit ideas and comments on how to spend the city budget and is part of the administration’s plan to become fully digital.

Other European cities have introduced similar tools, like CONSUL, a software enabling public participation currently used in Madrid and Turin.

Studies have shown that these digital tools can benefit local democracy by widening the number of participants. Citizens might also be keener to take part in local consultations through platforms that require less time commitment.

However, this digital transition risks backfiring on local governments. According to Rumbul, digital tools are deeply flawed, because they only enable a “self-selecting” type of participation.

“It’s still disproportionately the more affluent, the more educated, the more ethnically dominant people in those cities that are participating in this way,” she said. Digital portals would then only boost engagement for those people who are already participating offline.

Lack of inclusiveness is not the only downside, said Pietro Reviglio from Eurocities, as these platforms often struggle to fully engage the population.

“Most participatory approaches have a strong digital element. The problem is that they are not managing to engage as many citizens as other players that compete for people’s attention,” he said.

Reviglio believes that cities should be more ambitious in the way they use social media and digital media platforms.

Some cities are trying to address this shortcoming, experimenting with digital tools. For example, Murcia in south-eastern Spain has launched a mobile app called “Tu Murcia” where citizens can send suggestions to improve their town.

Rumbul, however, warns against the use of mobile apps for civic participation, as most people in the lower-income brackets don’t have smartphones. “It’s the people that have the hardware, that have the skills that are massively, disproportionately represented in these participatory exercises,” she said.

Although internet usage is widespread across the bloc, only 56% of people in Europe have basic digital skills, according to the Digital Economy and Society Index.

The digital divide affects all European cities, including those at the forefront of digitalisation, like Barcelona. A 2020 survey carried out by the administration revealed a gap in access to equipment between higher and lower-income families. The divide deepened during COVID-19, when devices turned into basic day-to-day necessities.

The pandemic has forced most local governments to rethink their strategy to reach out to and engage citizens. Speaking at the Budapest Forum last September, the mayor of Gdansk, Aleksandra Dutkiewicz, recalled her city’s efforts to digitalise public services, while also ensuring nobody was being left out.

“In Gdansk the number of people who are over 60-65 years old is growing, and they’re more and more open to new technologies. But there’s still quite a big group of people who are excluded from the digital services,” she said.

To solve the problem, the Polish city used both online platforms and more traditional tools, like phone calls, to connect with its inhabitants.

With the digital divide still being an issue in Europe, this hybrid approach to civic participation could curb inequalities, giving a say to those citizens who don’t have the skills or the equipment to participate digitally.