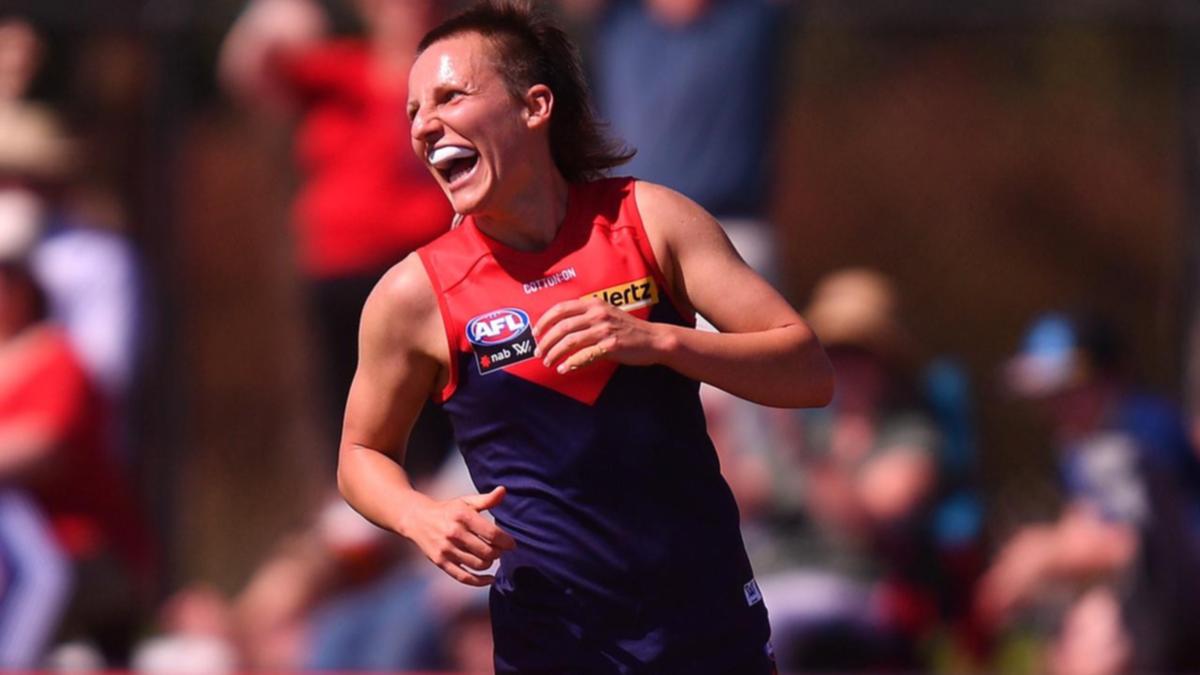 And after withstanding an early Tigers blitzkrieg, the Demons responded fiercely, kicking six goals in a row before running out 8.6 (54) to 6.1 (37) victors on Friday night.

Stream Seven’s coverage of AFLW for free on 7plus >>

Richmond were also impacted by COVID-19, with Sarah D’Arcy, Maddie Shevlin and Tayla Stahl all forced to sit out the match, as well as Emelia Yassir (concussion) and Poppy Kelly (knee).

Kate Hore (14 disposals) was instrumental in turning the tide in Melbourne’s favour, kicking the first four scoring shots of the second quarter to give the Demons the lead for the first time.

Veteran Karen Paxman was also influential with 23 touches and a crucial goal just before three-quarter time to stifle the surging Tigers.

Monique Conti was the standout for Richmond with 25 disposals (15 contested), seven clearances, six tackles and a magnificent goal from 40m out on the boundary.

Richmond burst out of the blocks and did most of the attacking early as they dominated the territory battle and, thanks also to their fierce forward pressure, jumped out to a 13-point lead midway through the first quarter.

The Tigers kicked the first two goals, including a ripper on the run in the opening 15 seconds from Tessa Lavey, and their pressure was severely impacting Melbourne’s kicking efficiency, leading the Demons to commit numerous turnovers.

However, the visitors, inspired by Hore, absorbed the early onslaught and proceeded to towel up the Tigers at the stoppages, booting the next six goals.

Making the most of the momentum, Demons teenager Alyssa Bannan kicked two of those goals in the space of two minutes – one a sensational goal-of-the-year contender which saw her sprint up the middle, take two bounces and drill it from 30m out; the other a brilliant set shot from 35m out on a sharp angle.

The move of Demons champion Daisy Pearce up forward in the second term, after a quiet opening down back, was also pivotal in helping the visitors open up a commanding 26-point lead at half-time.

And while Richmond refused to hoist the white flag, kicking four goals to two in the second half, Melbourne’s class and experience prevailed.