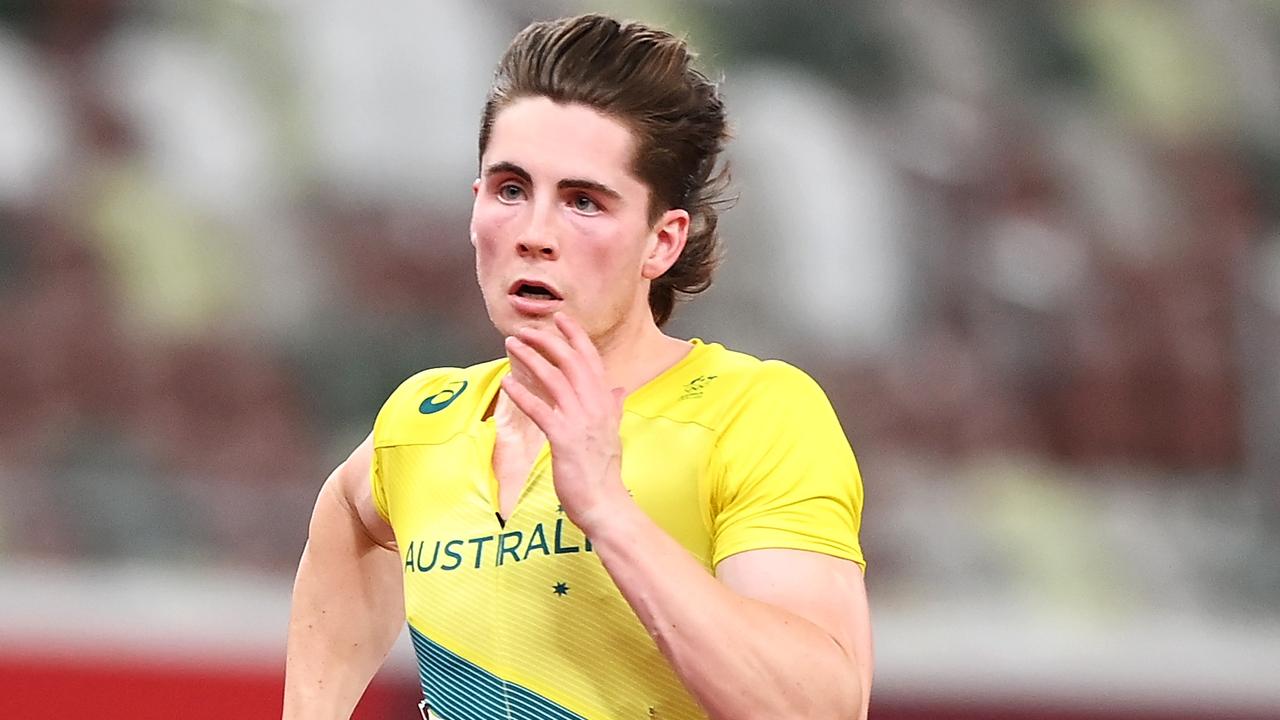 Australia has enjoyed plenty of success in the pool this Commonwealth Games and the swimming will wrap up on Day 5, with Emma McKeon eyeing even more medals.

McKeon, whose gold medal haul grew to four with a win in the 50m butterfly final on Day 4, will have two more chances to add to her tally on Tuesday (local).

LIVE MEDAL TALLY: Keep up with the Aussie charge to the top!

EVERY AUSSIE MEDAL: Read the day-by-day recap of the Comm Games

HEARTBREAK: ‘Devastated’ Aussie in tears after gold ‘stolen away’

There will be lots of interest in the women’s 100m freestyle final, which will see McKeon compete against world champion and fellow Australian Mollie O’Callaghan along with Shayna Jack. That is slated for the early hours of Wednesday morning.

Elsewhere, Cody Simpson will also be in action in the 100m butterfly final alongside fellow Australian Matt Temple.

But as the swimming comes to a close, all eyes will be on the track as the athletics begins, with Rohan Browning looking to bounce back from a disappointing world championships – and five gold medals on offer for the Australians right away. His 100m heat is at 8.36pm. Teammate Jake Doran automatically qualified for the semi-finals – JUST – by finishing his heat in second with 10.39s with a lunge on the line.

Pole Vaulter Nina Kennedy is out to improve on her 2018 bronze when the final kicks off at 4.05am AEST.

The Hockeyroos have beaten fierce rivals New Zealand 1-0 in the pool stage, claiming revenge in a thrilling rematch of the 2018 final. The Black Sticks pulled off a massive upset in 2018, beating hosts Australia 4-1 in the final.

But the Aussies scored through a first-quarter Kaitlin Nobbs penalty and held on for a slim victory.

It was the only goal NZ have conceded so far this tournament, with the Australians having so-far maintained a perfect defensive record through their three games.

Possession was perfectly split 50/50, while Australia had five penalty corner shots to NZ’s one, but had two green cards and a yellow card to NZ’s sole green card.

The Hockeyroos have won a medal every tournament since the sport’s introduction in 1998.

On the netball court, the unbeaten Diamonds will look to continue their impressive run when they face Wales at 9pm AEST, although Paige Hadley is in doubt with a calf injury.

Australia’s men’s 3×3 basketball team will also be in action, playing for gold in the final after wins against Kenya and Scotland. The women’s team unfortunately fell short in the semi-final against England.

In gymnastics from 11pm, Georgia Godwin goes for a third gold as the individual apparatus finals continue.

Rhiannon Clarke, Ella Pardy and Indiana Cooper have all reached the final of the women’s T37/38 100m, with Clarke leading the way as the third-fastest qualifier.

Follow all the action from Day Five of the Commonwealth Games in our LIVE BLOG below! Can’t see the blog? Click here