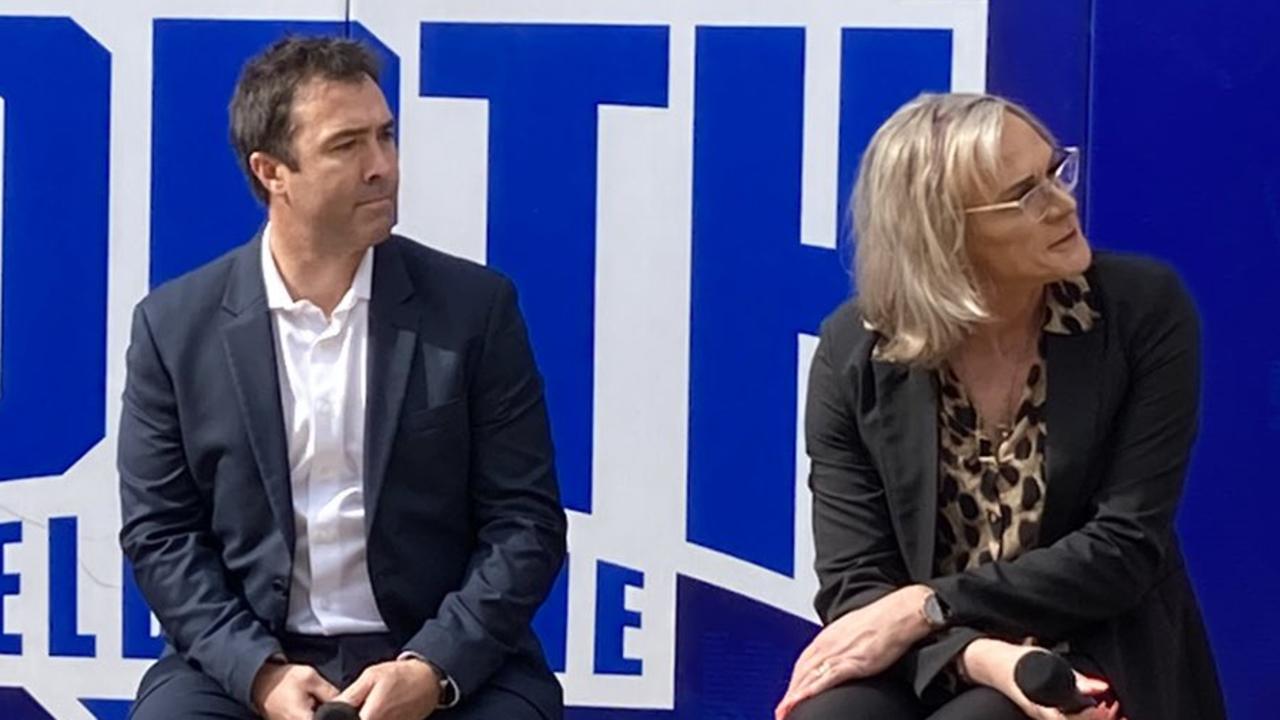 Former Kangaroos coach Dani Laidley has returned to North Melbourne as the club celebrated a milestone 34 years in the making.

Dani Laidley has returned to North Melbourne as the AFL club celebrated becoming debt-free for the first time in 34 years.

The former Kangaroos player and coach, who was part of their 1996 premiership-winning team, appeared at a press conference on Friday where North Melbourne announced its major financial milestone, finally wiping off the debt they’ve had since 1987.

Watch every game of the Weber WBBL Live & On-Demand on Kayo or catch up for FREE with minis on Kayo Freebies. Join Kayo Now >

She attended the function with her partner, Donna.

In addition to being a premiership player, Laidley coached the Kangaroos from 2003-2009 and was at the club when it rejected a lucrative offer from the AFL in 2007 to relocate to the Gold Coast.

About a decade ago, the Roos’ debt was around the $9 million mark but after years of hard work, they’re back in the black.

Laidley was thrilled to be on hand to celebrate the announcement and spoke about how she appreciated what the club had done for her after moving from West Coast, where she last played in 1992.

“(I’m) very happy to be here, very proud of the efforts and what has been achieved by everyone to look back now and say the right decision was made (not to reclocate to Queensland),” Laidley said, as reported by the Herald Sun.

“The club impacted my life in more ways than one. Every Shinboner supporter should be proud today.”

North Melbourne president Ben Buckley was also proud of how far the Kangaroos have come.

“This is a great day for the club,” he said. “We are so proud of where we are and the way we’ve gone about eradicating this debt.

“It’s a whole of club achievement and we are very grateful for everyone who played a role in getting us to this position.

“This result gives the North Melbourne Kangaroos an opportunity to look forward to a future of growth and unity and proving ourselves to be a destination club for players, members and fans.”