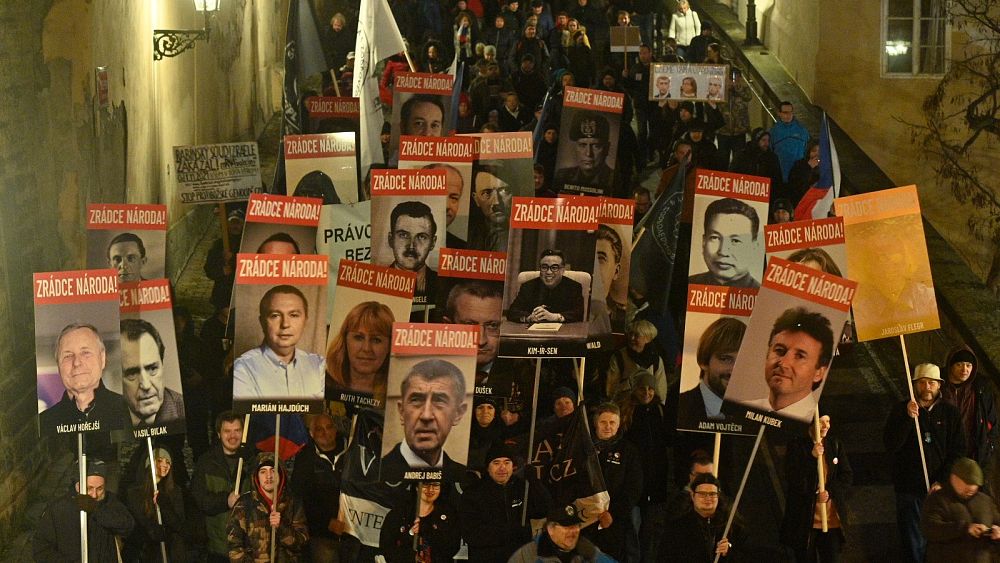 Protesters marched through the Czech capital of Prague on Monday to decry the government’s restrictions on unvaccinated people as new infections soared in the European Union nation.

The protesters, who numbered in the hundreds, demanded “Freedom!” for the unvaccinated and rejected the government’s push for people to get their vaccine shots.

They carried posters with pictures of politicians — including Prime Minister Andrej Babis, Health Minister Adam Vojtech and leading epidemiologists — calling them traitors. Unlike recent rallies in the Netherlands and Brussels, this protest was peaceful. The crowd was significantly smaller than a similar demonstration last week.

New restrictions to tackle the Czech Republic’s infection surge became effective Monday and target the unvaccinated. Unvaccinated people are no longer allowed to show negative coronavirus tests to attend public events, go to bars and restaurants, visit hairdressers and museums or use hotels. People who are vaccinated or have recovered from COVID-19 can visit all those sites.

The measures were approved in an effort to increase the country’s vaccination rate of 58.1%, which is below the EU average of 65.5%.

Coronavirus infections in the Czech Republic have been on a steep rise, hitting a new record twice last week. The infection rate surpassed 1,000 new cases per 100,000 residents over the past seven days for the first time, reaching 1,002, the Health Ministry said Monday.

Overall, the nation of 10.7 million has registered over 2 million cases with 32,173 deaths.