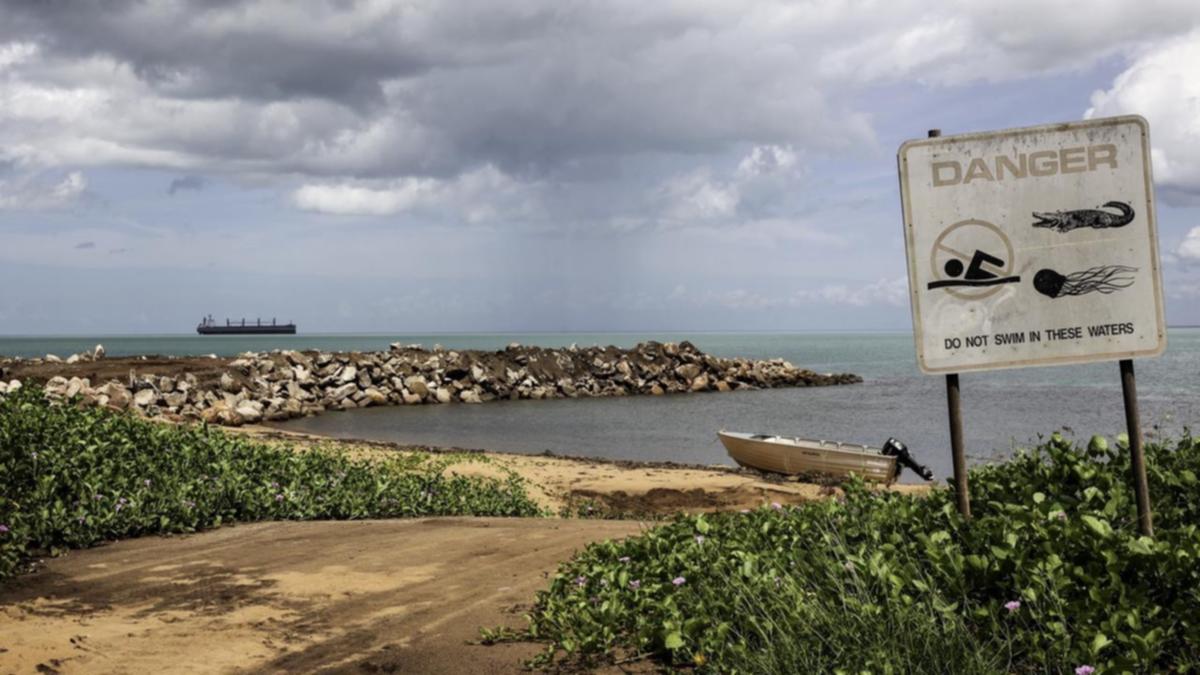 A tropical cyclone that slammed into Queensland before tracking west towards the Northern Territory has weakened overnight.

Forecasters say Cyclone Tiffany it is now unlikely to reach category two strength and will cross the coast as a category one system.

It is currently over the western Gulf of Carpentaria, south of Groote Eylandt, and heading west.

The Bureau of Meteorology says it will hit the coastline near Port Roper, 700km southeast of Darwin, about noon on Wednesday.

“Tiffany has weakened slightly during the last few hours and is now unlikely to reach category two strength,” the bureau said.

“A category one landfall is now expected”.

The system is expected to continue tracking west across the Top End throughout the day and weaken below cyclone strength over land.

Gusts up to 120km/h are expected to extend north to Port Roper and the Indigenous community of Numbulwar, 780km southeast of Darwin, later in the morning as the cyclone crosses the coast.

A storm tide bringing damaging waves and flooding is likely between nearby Port McArthur and Alyangula, and on Groote Eylandt.

Heavy rain across parts of the Arnhem Land and Daly District may cause flooding of low lying areas as rivers rise.

Tiffany was a category two cyclone packing winds of up to 130km/h when it crossed the east coast of the Cape York Peninsula on Monday afternoon.

It weakened to a tropical low overland, dumping 120mm of rain in some areas in the 24 hours to 9am on Monday.

Three people were rescued after their vehicle got caught in floodwaters triggered in far north Queensland, northwest of Cairns.