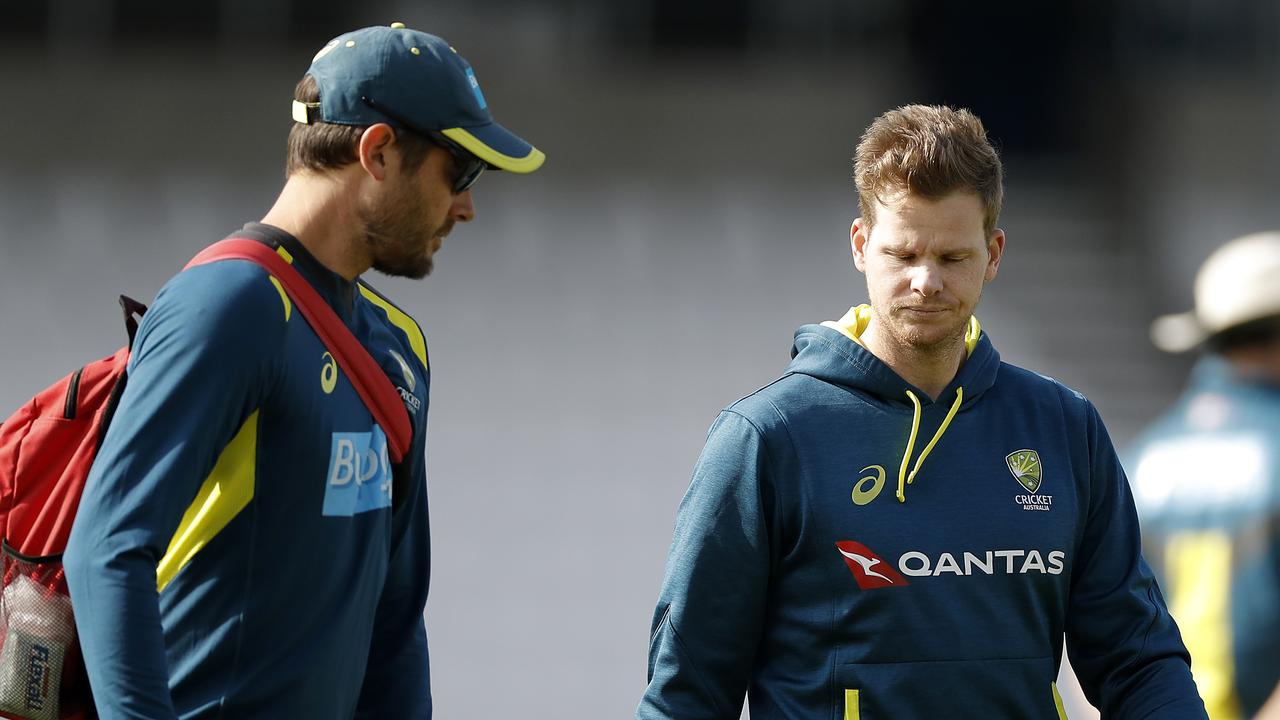 Australia’s cricketers are reportedly fuming at the axing of a team physio, who was stood down in mysterious circumstances.

Australia’s cricketers are reportedly fuming at the shock axing of popular team physiotherapist David Beakley, who was stood down on the eve of Australia’s historic tour of Pakistan.

As first revealed by The Daily Telegraph, team performance boss Ben Oliver informed players and staff of Beakley’s sacking three days before the physio was due to fly to Pakistan on Saturday.

Beakley, who had served in the role since 2015, joins former head coach Justin Langer and team manager Gavin Dovey in the dramatic post-Ashes shuffle of Australia’s hierarchy.

But according to the News Corp report, Beakley had the full support of the playing group, who were bewildered at the lack of explanation they received for the decision.

Speaking to reporters from his Islamabad hotel on Wednesday, Australian off-spinner Nathan Lyon confessed the players were disappointed to see Beakley go.

“Obviously it was pretty disappointing news from a player point of view, but in saying that it’s out of our control,” he said.

“We don’t make the big decisions on that, so we’ll leave it up to CA and everyone else involved.

“But it was disappointing to hear, obviously we’ve got a very close relationship with Beats. He was a very professional physio and someone who I personally loved working with.

“It is disappointing, but we’ve just got to move on.”

“Don’t underestimate the role of the high-performance staff,” he said on Wednesday morning. “They are absolutely critical, particularly on tour.

“And on the eve of this tour, Cricket Australia have gone and punted the head physio, David Beakley.

“There is a suggestion that his exit is a shot somehow back from Cricket Australia to the players, given it was considered that player power was blamed for the demise of Justin Langer.

“It won’t read as shocking as a head coach to cricket fans, but I argue it is just as influential.”

Speaking to The Daily Telegraph, former Australian paceman James Pattinson described Beakley as one of the best physios he had worked with.

“He is a great guy and a good physio. It’s surprising to see him get moved on,” he said.

“I know a lot of the fast bowlers were pretty close with him and that’s usually what you want. Fast bowlers spend the most time in the physio room. I was pretty shocked by it but I don’t really know anything else apart from that.

“I’m out of the loop a bit now, so I’m not sure what’s happened, but all the experiences I’ve had with him have been fantastic. He’s been up there with one of the best physios I’ve had.”

The first Test between Pakistan and Australia gets underway on Friday, with the first ball scheduled for 4pm AEDT.