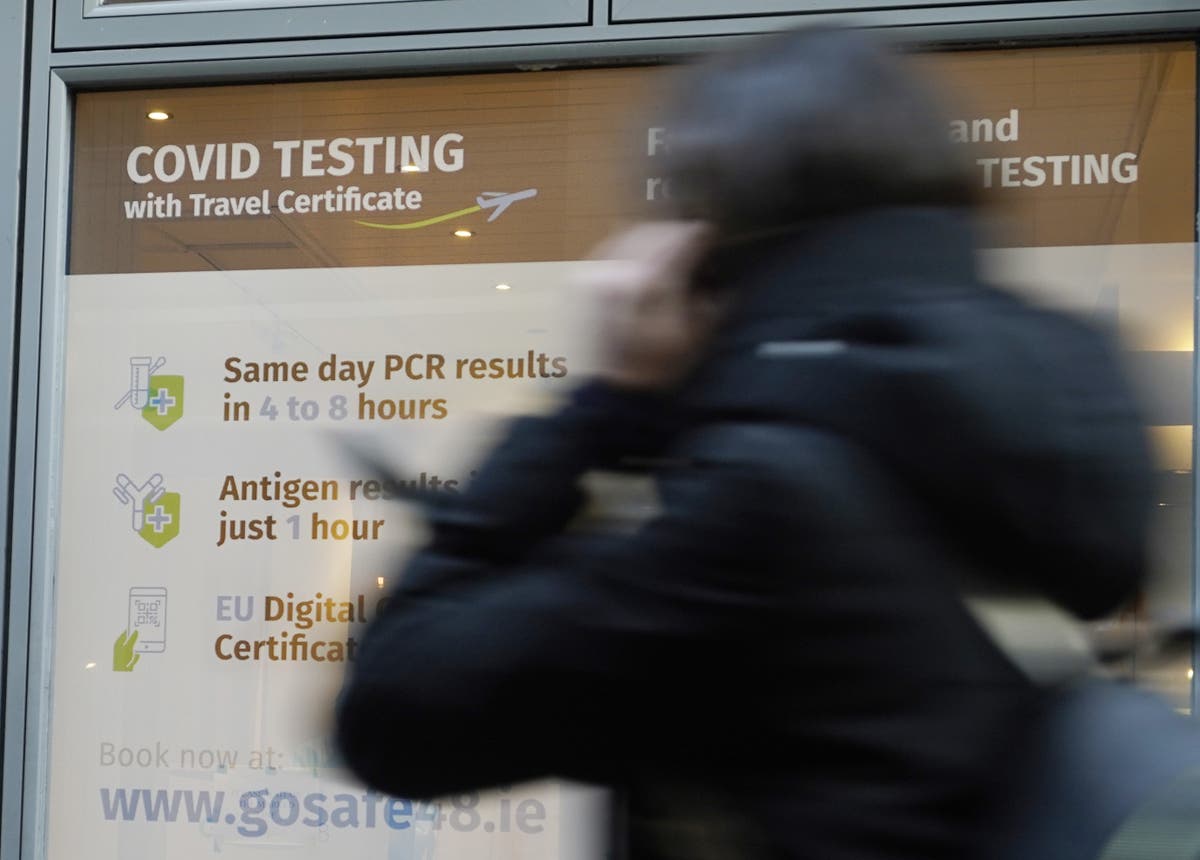 The Government has signed off on plans to relax the rules for close contacts of Covid cases, which will take effect from midnight on Thursday.

The changes will mean that people who are deemed close contacts but have received a booster vaccination and have no symptoms will no longer have to isolate for five days.

However, they have been advised to continue taking regular antigen tests and wear a higher grade mask.

Close contacts who have not received a booster are being asked to restrict their movements for seven days.

Government’s approval of the changes means that anyone who has Covid-19 will isolated for seven day instead of ten.

Taoiseach Micheál Martin said the decision “reflects progress” in the fight against Omicron and Covid.

“It is made possible by the strong vaccination programme that is under way over the last year, in particular the booster campaign,” he said.

“We have to remain vigilant – we have to remain on top of this virus – but the decision on close contacts represents a balance in terms of the pressures on supply chains and on the health service and other essential services.

“It also reflects Ireland’s high vaccination levels compared to other countries, particularly our level of booster vaccines which is much higher than other countries.”

Speaking following the Cabinet meeting, Mr Donnelly said: “There is a lot of support for the changes to the isolation rules. I think it’s going to make a big difference to people.

“What we have agreed (takes effect) from midnight tomorrow.

“From midnight Thursday they will be in place. It will really ease the burden on people right across the country.

“It’s one of the things the public health team considered is if we are relaxing the rules, there is a chance of more spread, however I think that has been more balanced against the fact the country is doing so well in terms of dealing with Omicron.

“The booster campaign has been pivotal in making sure that the critical care numbers stay down.

“It’s too early to make definitive statements but in the round when the risk was assessed against how well Ireland was doing, it was felt that was an appropriate move at this time.

“I know it will come as a relief to a lot of people who really want to get back about their lives.

“We still need to do the antigen testing and still wear the higher grade masks as well.”

Mr Donnelly said an online portal to allow people to upload positive antigen test results and close contact details will be put in place in the next few days.

He said the Health Service Executive (HSE) is working through the final logistics and the technical requirements before it can go live.

Mr Donnelly admitted there is “an element of risk” in relaxing Covid restrictions for close contacts.

“We have seen ECDC (European Centre for Disease Prevention and Control) advice and undoubtedly if we relax the rules on close contacts, it does add an element of risk,” he said.

Around 2.5 million booster jabs have been administered, and Mr Donnelly said it is the success of the booster campaign that has allowed the Government to change the rules.

“It is a testament to a national effort,” he added.

“We have a lot of people out of work or people who want to go about their lives. It’s quite a burden. People have followed it very closely which, I think, is why we are in a positive place right now.”

A total of 10 million vaccinations have been administered in the past 12 months.

Labour’s Aodhán Ó Ríordáin said the Government’s new position on antigen tests is a “radical change” from its previous stance.

“Antigen testing seems to be at the cornerstone of the new process. We would like to see the letter from the CMO (chief medical officer Dr Tony Holohan) so we are completely satisfied this is for public health reasons,” Mr Ó Ríordáin said.

“If this is to happen and is on the basis of public health advice, we need the public to understand exactly what the new criteria is.

“Members of the public will wonder why many of them had disrupted Christmas dinners because they adhered to regulations that were in place, then a number of weeks later this is completely different.

“We have to be absolutely certain that, as a state, we are facilitating our citizens with free antigen testing and free high grade masks. That is the least we can expect.

“If we are going to change the criteria again, citizens have to understand them and be empowered by them to ensure in their own minds how they are to behave.

“We can only do that when we have the state fully backing the citizens of the country.

“This radical change in Government, when it comes to antigen testing, is welcome.”