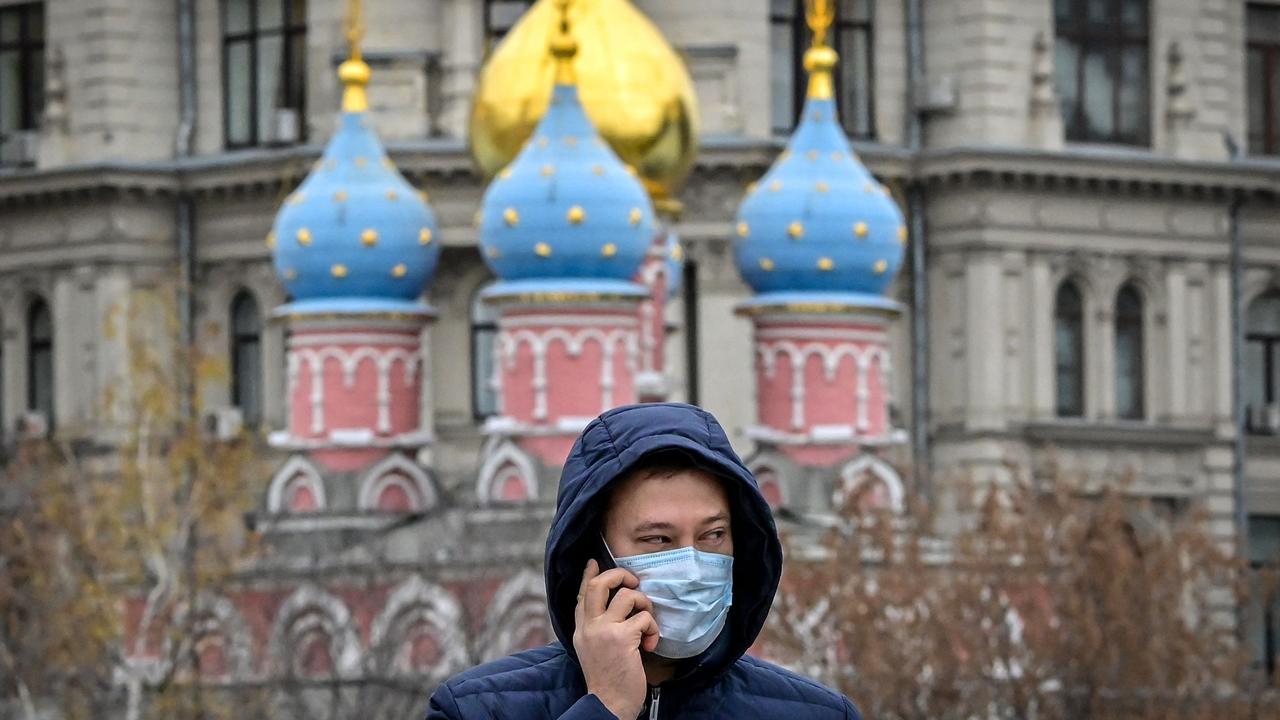 Almost three-in-four Russians chose to gamble with Covid-19 by shunning vaccines. It didn’t work – and the consequences are catastrophic.

Russia has created the perfect conditions for Covid-19 to flourish, and that is exactly what has happened.

Leaders in Europe’s worst-hit region refused to introduce hardline measures adopted in other parts of the world to slow the spread of the virus.

After a months-long lockdown at the start of the pandemic, there were no further shutdowns. It was back to business as usual for restaurants, entertainment venues, retail outlets.

Another factor is that Russians have proven stubbornly resistant to being inoculated and have shunned the homemade Sputnik V vaccine by a factor of three-to-one.

The result is a catastrophic death toll.

On Thursday, 40,096 new infections were recorded in Russia. Fatalities climbed to a single-day record of 1,159.

Russia has recorded nearly 8.4 million coronavirus cases and more than 235,000 deaths since the beginning of the pandemic, though independent experts say authorities have downplayed the severity of the pandemic.

Figures published by statistics agency Rosstat in October paint a darker picture, suggesting that more than 400,000 people have died in the country from coronavirus.

Only now are authorities starting to prioritise lives over the economy.

Moscow shut down non-essential services for 11 days on Thursday. Retail outlets, restaurants, and sporting and entertainment venues are all closed, along with schools and kindergartens.

Only shops selling food, medicine and other essentials are allowed to remain open, and cafes are open for take-away.

President Vladimir Putin’s government has been pinning its hopes in the fight against Covid on homegrown vaccines, with little success.

Authorities have not required Russians to stay at home during the non-working period and many were planning to use the time to travel across the country and abroad.

The mayor of the Black Sea resort city of Sochi has warned of a huge influx of tourists, and demand in Russia for flights bound for Turkey and Egypt has soared.

On the streets of the capital, some Muscovites said they approved of the restrictions, while others said they did not go far enough.

“I think it’s important to save someone’s life rather than be entertained, especially given that it’s not for a long time,” Vladimir Chizhov, a 45-year-old programmer, told AFP of the decision to close cinemas, bars and restaurants.

“Tougher measures should be introduced until everyone is vaccinated, the way it was in Europe,” he said.

“Otherwise, it is quite meaningless — this will continue wave after wave until everyone is vaccinated anyway.”

The Russian army was to set up a Covid hospital in the Moscow region amid the surge in deaths, officials said.

“Brigades of doctors and nurses” were ready to treat the city’s sick in a “specialised hospital”, the defence ministry said in a statement quoted by news agencies.

Mr Putin last week ordered a nationwide paid holiday between October 30 and November 7 in a bid to reverse rising infections, and Moscow authorities followed suit by ordering the shutdown of non-essential services in the capital from Thursday.

Kremlin spokesman Dmitry Peskov said on Thursday that authorities were not yet planning to make jabs mandatory for everyone, despite the rising cases and low vaccination rates.

“The figures so far give no cause for optimism,” Peskov told reporters. “We will see how the situation develops further.”