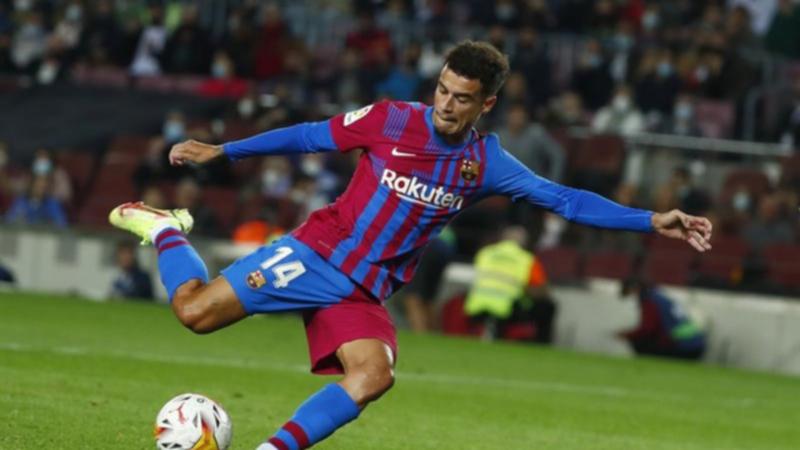 Aston Villa have completed the loan signing of Philippe Coutinho from Barcelona after the Brazilian successfully obtained a work permit.

The Premier League club announced on Tuesday evening that the formalities of the transfer, which includes an option to buy, had now been processed and the 29-year-old “will spend the rest of this season on loan at Villa Park”.

Coutinho, who has also played for Inter Milan and Bayern Munich, cannot wait to link up with his new club, where former Liverpool teammate Steven Gerrard is now manager.

“It’s a pleasure to be here; it’s a great club,” the Brazilian said on www.avfc.co.uk.

“I spoke a lot with the manager, with Stevie, and he told me about the club and his ambitions. I’m very happy to be here and I’m looking to enjoy my football.

“I’ve known Stevie for a long time. I played with him and I learned a lot from him.

“He’s someone who I have big admiration for. I hope to do my best here. For sure, I will work hard, and I hope together we can do good work.”

Coutinho is confident he can again make a big impression in England’s top flight.

“I’m looking forward to meeting the fans, to being on the pitch. I know and I feel that they’re happy that I’m here,” he said.

“I want to repay that on the pitch and enjoy my football. I’m looking forward to being on the pitch.

“I always want to be at my best, doing my work. That’s what I work hard for every day. I hope it will be a great rest of the season here.”

Despite helping Barca win La Liga in 2018 and 2019 he never found the form he displayed in the Premier League.

Coutinho, who becomes Gerrard’s first signing at Villa since he left Rangers in November to replace Dean Smith, could make his debut when Villa face Manchester United in the Premier League on Monday.