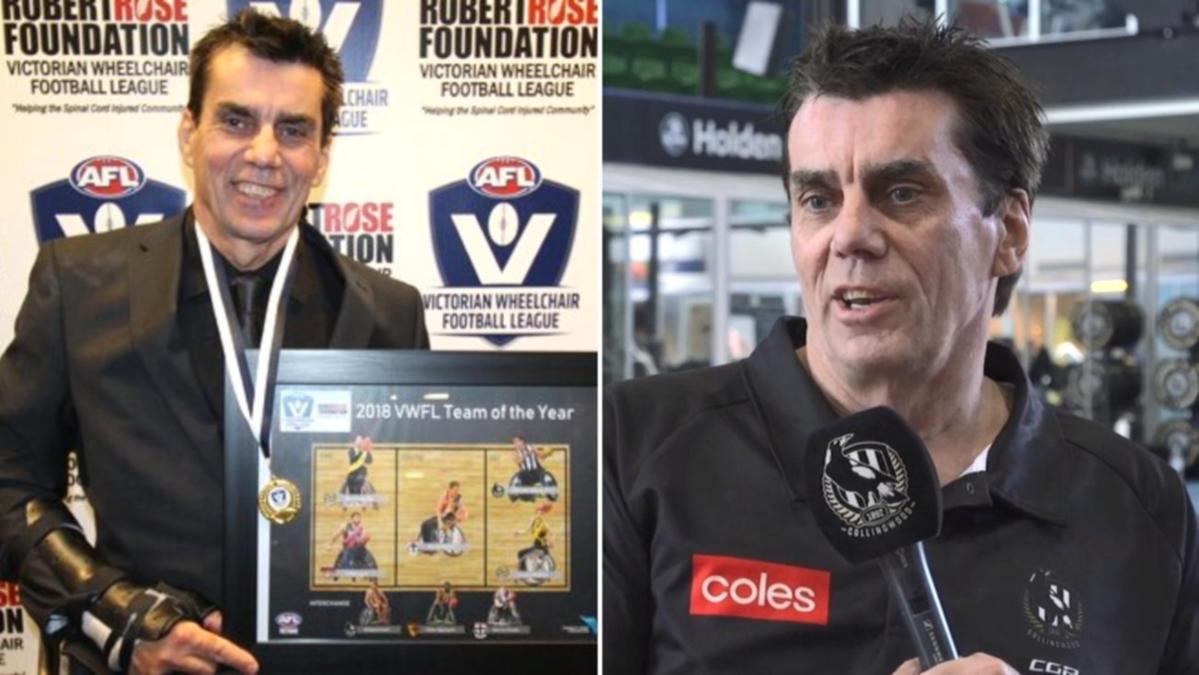 The team will take part in the premiership match “in respect of Brendan’s contribution to our club”.

Stroud, who became a paraplegic following a car accident at the age of 22, was diagnosed with cancer last year.

He underwent a lengthy operation and later required chemotherapy, which was stopped after six months.

A friend described Stroud as being “in the fight of his life” in June this year.

A keen sportsman, Stroud had continued to work out in his wheelchair and raise funds for cancer research.

“The Collingwood Football Club is sad to report that Brendan Stroud has passed away overnight,” the AFL club said.

“A premiership coach and captain for our wheelchair team, Brendan epitomised what it means to be a Collingwood person.

“Brendan played a pivotal role in the inauguration of the Victorian Wheelchair League, and has been an outstanding contributor to our club and community.

“An inspiring husband, friend and clubman, Brendan’s memory will live on in the hearts of those who he impacted so significantly.

“Our wheelchair team will play in the VWFL Grand Final today, in respect of Brendan’s contribution to our club.

“We send our thoughts to his wife Natalie, family and friends.”

“A great Collingwood man and premiership captain. Sending love to Brendan and Nat,” he wrote.