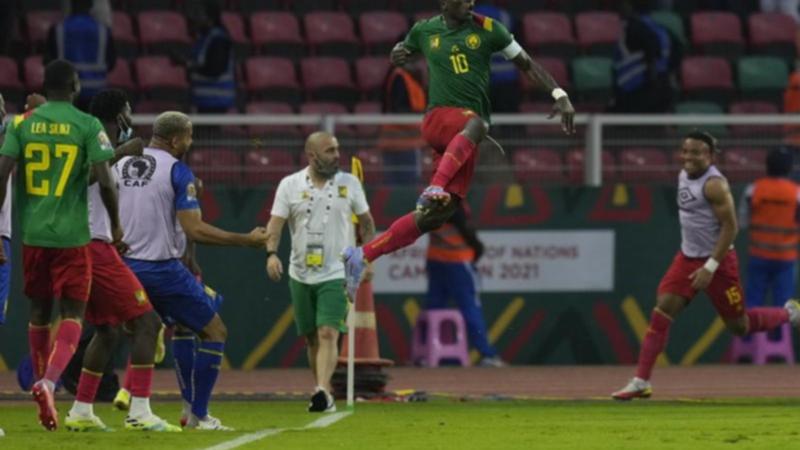 Cameroon captain Vincent Aboubakar and Karl Toko Ekambi have both scored twice as the hosts beat Ethiopia 4-1 to become the first team through to the knockout stages at the African Cup of Nations.

Cameroon recovered from going 1-0 down in just the fourth minute before overwhelming their visitors on Thursday to earn two wins from their first two games.

Ethiopia’s Dawa Hotessa Dukele had stunned the Olembe Stadium into silence with the opening goal.

But having come from behind to win their opening game against Burkina Faso, Cameroon again shook off that early blow, Ekambi equalising four minutes later before they really took control.

Aboubakar put Cameroon ahead with a powerful header in the 53rd and slid in to force home the third two minutes later.

Ekambi made it 4-1 by cutting back inside a group of Ethiopia defenders and firing into the bottom left corner.

The Indomitable Lions lived up to their nickname, also hitting the post three times in the game.

Cameroon will advance from Group A, while Cape Verde and Burkina Faso will meet in the group’s other game later on Thursday.

Aboubakar is the tournament’s leading scorer with four goals after scoring two penalties in Cameroon’s opening 2-1 win over Burkina Faso.