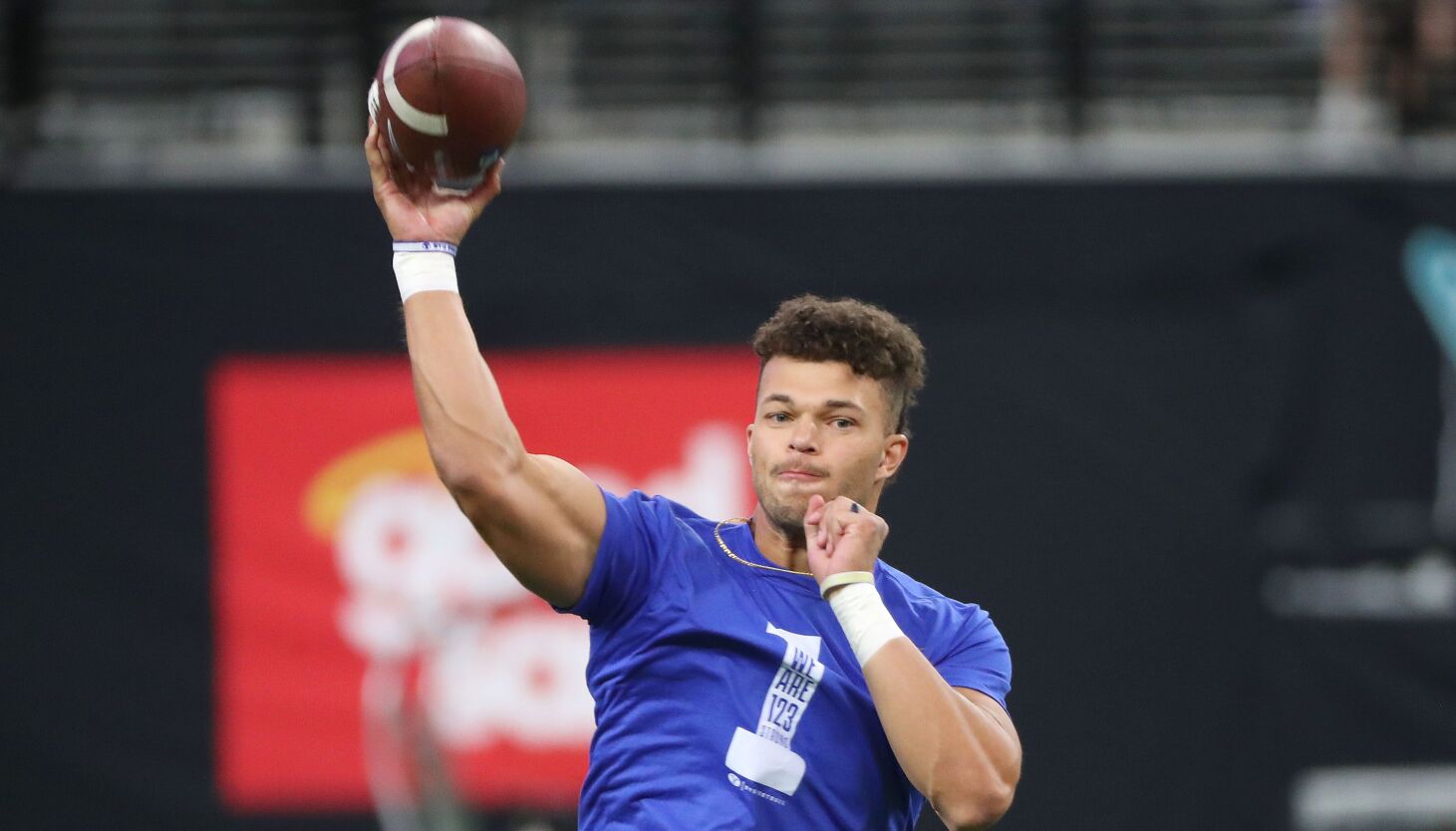 Jaren Hall is supposed to lead BYU’s offense in 2022. Is he ready for what will be a long, tough campaign?

Well, if you review his career, he’s always been on the mend, recovering to achieve. He’s always been blanketed with high expectations, but this is the first time in his college days Hall has been given a clean launching pad with a full spring, summer and fall to prepare for a season.

Those who know him best say he is ready.

Like New York Jets No. 2 pick Zach Wilson before him, Hall has spent increasingly more time with QB guru John Beck of 3DQB in California.

Beck noted Hall recently came to him with other BYU players to work out in mid-July and pointed out this was an offseason pattern that many QBs in the NFL deploy and he was impressed that Hall saw the value in it.

“They got to put in three solid days of training. He looks good. He looks healthy, strong, he throws the ball well, and he is always working, Jared does a really good job in the offseason of having something to work on always wanting to push himself,” Beck told ESPN 960 host Ben Criddle.

I recently saw Dustin Smith, founder of QB Elite, on the driving range at Timpanogos Golf Course a few weeks ago. Now the head coach at Spanish Fork High, Smith has been in the business of tutoring QBs for more than a decade. On a whim, he broke down former Pleasant Grove High quarterback Jake Jensen while pausing on the range. Jensen signed with USC right after Lincoln Riley took the reins this past year.  Smith’s assessment was detailed, honest, knowledgeable and fair.

Similarly, Smith explained to ESPN 960 on-air talent the other day why Hall is more prepared today than a year ago to be the starting quarterback at BYU.

Smith has coached Hall since his father Kalin brought Jaren to him in the eighth grade.

“I saw Jaren about three weeks ago. We worked out with him and a couple of receivers from BYU,” said Smith. “I don’t want to overhype or oversell his abilities right now, but I thought he looked really sharp going into last year. I had pointed out on this show several times that he just continued to get better. I thought he looked great going into last season, but I think he looks better than that this year.

“He’s making some throws and has a little pop on his ball that was noticeably better than last year. He’s healthy.”

Smith has coached every starting quarterback in the state of Utah except Ute Cam Rising. His list of pupils includes Jaxson Dart (USC, Mississippi State), Kellen Moore (Dallas Cowboys, Boise State) and Taysom Hill (BYU, New Orleans Saints). He says Hall is as good as any of them.

“He’s much more comfortable and confident with himself right now and in a good place mentally, knowing the offense,” he said. “I think he’s been able to be successful against some pretty dang good defenses and teams and that’s put him in a really good place. Physically, he’s as strong and healthy as he’s ever been. Mechanically, he looks great after working with John Beck. He’s just been a sponge. He just soaks up every bit he can to get better. He just keeps his head down and works. He doesn’t do a lot of chitchat.”

Heading into camp, Hall received high praise from the man who will direct his actions the next few months, BYU offensive coordinator Aaron Roderick.

Hall was unable to perform for BYU and Roderick in the bowl loss to UAB in Louisiana last December due to a foot injury.

Since then, Roderick is sold on Hall’s stock.

Speaking to KSL radio, Roderick put the onus directly on his man and didn’t blink.

“It surprises me how it sort of went unnoticed, how great he played,” said Roderick of Hall’s 2021 season. “He didn’t just play well, he was great. He was one of the best quarterbacks in the country last year. I would not trade him for anybody in college football. I mean that, but what he needs to do this year is just get a little better.”

So, he’d pick Hall over both Rose Bowl QBs in that offensive explosion, Utah’s Rising and Ohio State’s CJ Stroud?

“You know, the key is there is no glaring weakness in his game,” said Roderick.

He explained what he is focusing on with Hall; what he is telling him to do.

“There’s no magic statistic that we’re aiming for. What we’re asking for is just be a little bit better at everything. Just work at your game and make one or two fewer mistakes this year than you made last year. That’s probably going to (lead to) a couple more completions and that’s going to be perhaps be a couple more big plays and maybe another touchdown.

“It’s small, incremental things like that, and then just doing everything he can to be available. I think too much has been made of his injuries. I don’t consider him injury-prone.”

To stay healthy and be available is partly the responsibility of Hall and partly that of the staff.

“Some of it is just luck. It’s just the way the ball bounces.”