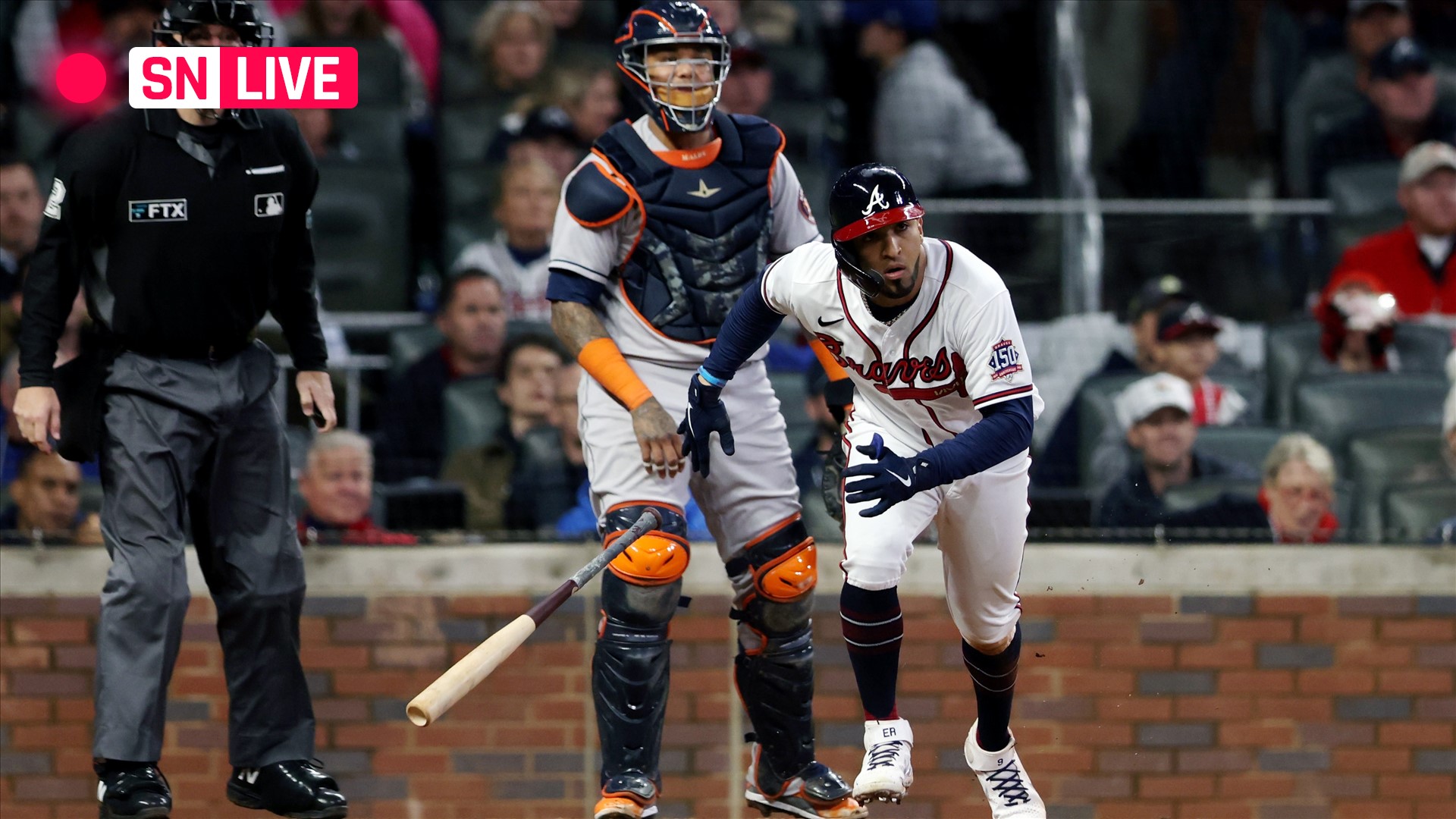 Atlanta fans will leave Truist Park on Sunday either with excitement or anticipation.

The Braves made a seventh-inning comeback against the Astros on Saturday to win Game 4 3-2 and take a commanding 3-1 lead in the World Series. on Sunday, they will face Houston for the last time in Atlanta with a chance to win the series, or prepare for a flight to Houston for Game 6 and a potential Game 7.

For the second straight night, Atlanta will be engaging in a bullpen game, with southpaw Tucker Davidson set to start on the mound. Davidson has made five starts in his big-league career and has a 4.15 ERA with 20 strikeouts and 12 walks in 21.2 innings of work. When he pitches on Sunday, he will be making his postseason debut.

The Astros will hand the ball to their Game 1 starter, left-hander Framber Valdez. Valdez was outstanding during the regular season, pitching to a 3.14 ERA in 134.2 innings of work with 125 strikeouts and a league-leading 70.3 percent groundball rate. He has struggled a bit this postseason as he owns a 6.35 ERA in four starts, and he did not fare well against Atlanta in Game 1 as they rocked him for five runs on eight hits — two homers — and a walk in two innings of work.

Sporting News is tracking live scoring updates and highlights from Braves vs. Astros in the 2021 World Series. Follow below for complete results from Game 5 on Sunday night.

9:17 p.m. Astros’ scoring play: Gurriel grounds out to short, and Brantley will score. Correa moves up to third with Tucker coming to the play. Astros tie the game at 4-4.

9:16 p.m.: Alvarez flies to left on the first pitch he sees, but it’s not deep enough for Brantley to score. One away with Gurriel due up.

9:15 p.m. Astros’ scoring play: Correa doubles to left-center to bring in Atluve. Brantley moves to third and Correa now at second with still no one out. Braves still lead 4-3.

9:07 p.m.: Altuve reaches as Swanson has trouble fielding the grounder.

9:01 p.m. End of Second: Soler grounds out to short to end the inning.

8:59 p.m.: Davidson strikes out swinging. Back to the top of the order.

8:58 p.m.: Dansby Swanson grounds out to Correa, who had to range to his left to make the play.

8:53 p.m. End Top Second: Valdez is caught looking at strike three, and the Astros will settle for the two runs in the second.

8:50 p.m. Astros’ scoring play: The Astros keep narrowing the gap. Martin Maldonado flies out to center to move both runners up 90 feet, scoring Tucker. Framber Valdez will bat for himself. Braves still lead 4-2.

8:47 p.m. Astros’ scoring play: That has to feel good for Bregman. Moved down to seventh in the order after starting the World Series 1-for-14, he lines a double into the right-center gap that scores the runner from second and puts two Astro baserunners in scoring position. Braves still lead 4-1.

8:44 p.m.: Walk for Kyle Tucker gives Alex Bregman a chance to bat with two runners on and one out.

8:41 p.m.: The AL batting champ picks up the Astros’ first hit as he lines a base hit into center.

8:39 p.m.: Yordan Alvarez flies out to left on the second pitch he sees.

8:35 p.m. End of First: Travis d’Arnaud grounds out to short, but the damage is done in a major way.

8:29 p.m.: Riley singles through the left side, and as Albies advances to third, Riley moves up to second on the throw.

8:28 p.m.: Albies rolls a slow grounder to Correa at short, who throws to second to try and start the double play, but Albies is safe on the backend. Two away with Austin Riley due up.

8:27 p.m.: Freddie Freeman skies the first pitch he sees to center, and Kyle Tucker is there to bring it in for the first out.

8:26 p.m.: Braves get going right away. Jorge Soler hits a hard grounder to third that takes a wicked hop that Alex Bregman can’t pick. Soler on first with a single.

8:23 p.m. End Top First: Carlos Correa shoots one up the middle that Ozzie Albies fields. He steps on second and throws on to first for the inning-ending double play.

8:21 p.m.: Michael Brantley lays off a pitch outside to take a one-out walk.

8:16 p.m.: First pitch of the night from Tucker Davidson is a breaking ball to Jose Altuve that he takes at the top of the zone for a strike.

7:55 p.m.: 20 minutes until first pitch. Here are the starting lineups for the two teams.

First pitch between the Astros and Braves is set for 8:15 p.m. ET on Sunday.

All World Series games will be broadcast on Fox in the United States and on Sportsnet in Canada. On the Fox broadcast, Joe Buck will handle play-by-play with John Smoltz providing analysis in the booth and Ken Rosenthal and Tom Verducci reporting at field level.

Streamers can find the game on the Fox Sports Go app or by using fuboTV, which comes with a seven-day free trial.