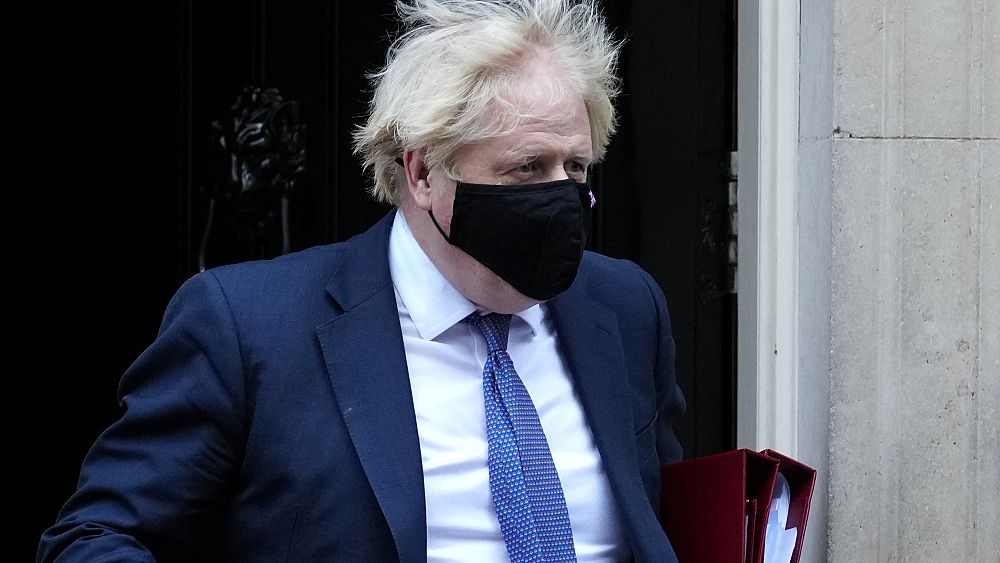 UK Prime Minister Boris Johnson says he made a mistake over a “sleaze” row that has rocked the ruling Conservative Party.

Earlier in November, his government tried to block the suspension of Conservative MP Owen Paterson after he was found guilty of breaching the rules by lobbying on behalf of two companies that were paying him more than 119,000 euros a year.

Instead of suspending Paterson for 30 days — as recommended by the House of Commons standards committee — Conservative MPs were ordered by Johnson”s government to oppose suspension and instead call for an overhaul of the whole standards process.

The outcry and revolt among Tory MPs brought an immediate U-turn, but the prime minister has been damaged by opposition accusations that he sees rules as fit for breaking.

“It was a mistake two weeks ago to conflate the very sad and difficult case of a particular colleague (former MP Owen Paterson) who had fallen foul of the commissioner for standards and stand process and the need for… reform and improvement to the system,” Johnson told the House of Commons Liaison Committee on Wednesday.

“What I had hoped to achieve was some sort of cross-party progress on that, plainly that wasn’t possible.”

While stating that he regretted the move, Johnson also defended his actions, stating that he did it in “a spirit of compassion” since Paterson had suffered a family bereavement.

But “in forming the impression that the former member from North Shropshire had not had a fair process, I may well have been mistaken,” the prime minister said.

This week, Johnson promised to tighten rules around politicians lobbying and having second jobs outside parliament.

It came as Keir Starmer was promising the same should the main opposition Labour Party get into power.

Starmer said Johnson’s measures appeared to be “a significant victory for us in our work to clean up politics”.

At the House of Commons Liason Committee, Johnson was pushed on his thoughts on the ministerial code and implementing standards recommendations. Labour MP Chris Bryant called for a list of ministerial interests to be published more frequently.

There were bad-tempered scenes at Prime Minister’s Questions on Wednesday as Starmer attacked Johnson over conflicts of interest among MPs.

Politicians have received widespread criticism over second jobs since it was revealed that a former Conservative Attorney-General, Geoffrey Cox, earned £400,000 pounds (€476,000) a year as a lawyer while serving in Parliament.

After the scandal, Paterson resigned as an MP. Boris Johnson admitted he could have handled the issue better while stopping short of an apology.

Amid the furore, the prime minister was forced onto the defensive at COP26, insisting that the UK “is not remotely a corrupt country”.

A series of opinion polls suggest that the Conservatives have lost their lead over Labour, while Johnson’s personal rating has plummeted.

The “sleaze” scandal was not the only topic the British leader answered questions on during his address to the House of Commons Liaison Committee.

Johnson pointed out that under Article 5 of the NATO agreement, the UK is “committed to the defence of Poland”.

He said that Ukraine on the other hand does not have the same guarantee from NATO.

“What we’ve got to do is to make sure that everybody understands the cost of miscalculation on the borders of both Ukraine and of Poland would be enormous,” Johnson said.

When asked about cuts to the British military, Johnson said the “old concepts of fighting big tank battles on the European landmass” are over and that they were investing in future technologies and cyber.

“I don’t think that going back to a 1940s-style approach will serve us well,” Johnson said.

The British PM was asked why the government could not repay a debt to the Iranian government to set free dual nationals trapped there, such as Nazanin Zaghari-Ratcliffe.

Her husband, Richard, recently ended a three-week hunger strike over her case.

Johnson said that he continued to be “horrified” of her case and that the government was “working as hard as we can” to bring her back to the United Kingdom.

But he said there were “complexities” to the situation.

Violence against women is a ‘top priority’ for UK police

Johnson said that that the question of low rape prosecutions was a “number one priority”.

Labour MP Yvette Cooper said it was not into the strategic policing requirement to which he responded that they were “making it a top priority”.