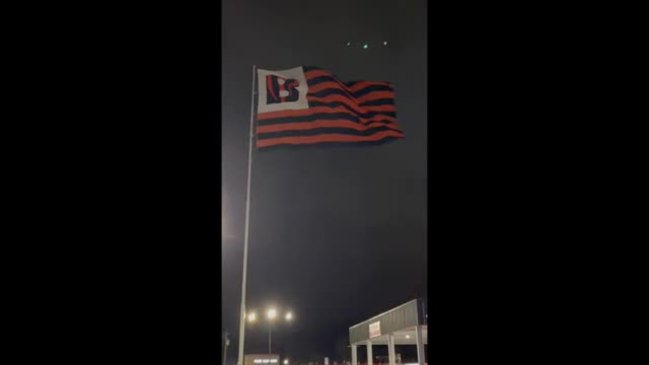 Preparations for the Super Bowl were well underway in Fairfield, Ohio, as a local social media user captured video of a business flying what it claims to be the biggest Bengals flag in the state on February 9. Footage posted by Rob Keller shows a “huge” Cincinnati Bengals flag flying outside Cincy Automall. The business also posted video on its Facebook page of the massive flag, claiming it was the biggest in Ohio. The Cincinnati Bengals will play the LA Rams in the Super Bowl on Sunday, February 13, at SoFi Stadium. Credit: Rob Keller via Storyful