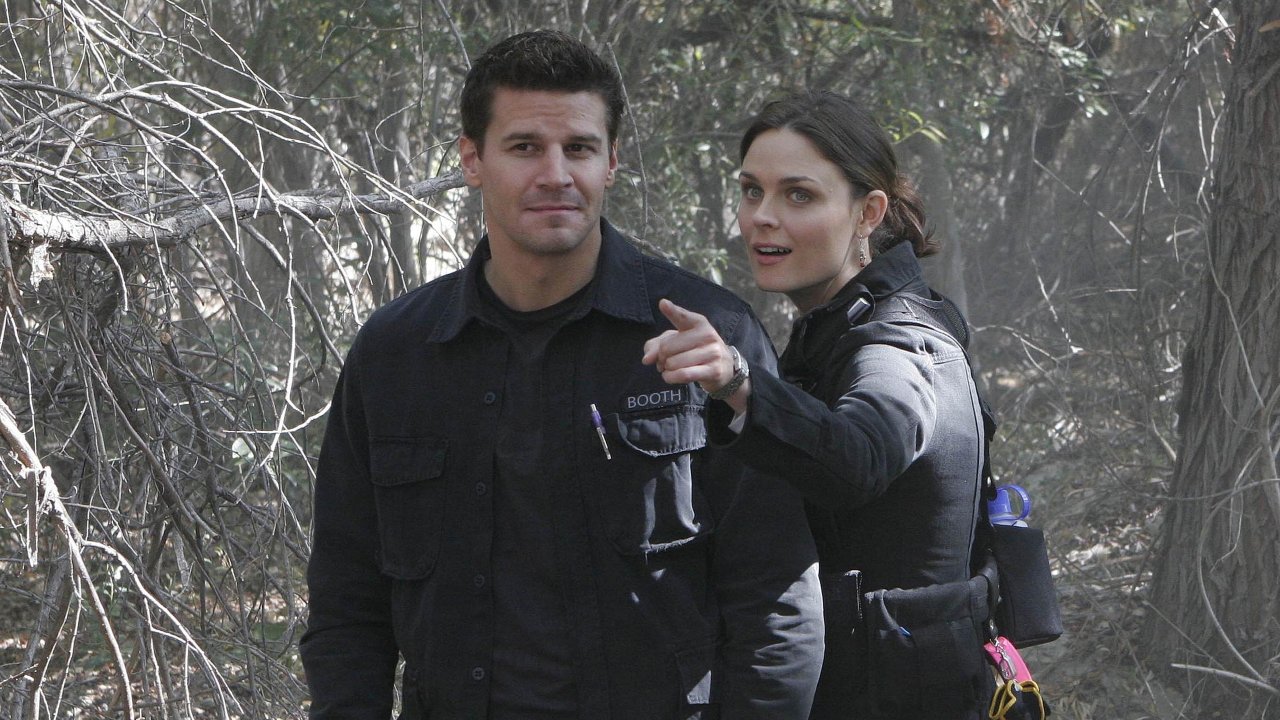 TV history is rich with dynamic duos, and the best of them are worth celebrating.

In television, frequently two’s a company, and three’s a crowd. Unless you’re watching the show Three’s Company. But that aside, it’s incredible how many of TV’s greatest shows – of all genres – have been powered by the chemistry of brilliant double acts. Comedy teams, romantic couples, crime-fighting partners…TV history is rich with dynamic duos, and the best of them are worth celebrating.

Of course, television has always dedicated a big slice of its landscape to love stories, and in love stories, as the song goes, it takes two. Two like the ageing lovers of As Time Goes By, the sweetly gentle Britcom that over nine seasons told the story of Jean and Lionel. They fell in love in the 1950s before being torn apart by circumstance, only to reunite by chance in the 1990s and tentatively set about resuming their fine romance. With two masterly leads in Judi Dench and Geoffrey Palmer breathing life into Jean and Lionel, As Time Goes By is an unabashedly sentimental look at love’s second chances.

Another sitcom love story – although the love is of the platonic kind – is found in Will and Grace. The success of this comedy, which was successfully revived with new seasons for the streaming era, lay in crackling dialogue full of quickfire one-liners and the enduring devotion of the titular best friends. Straight Grace and gay Will would never be a romantic couple. Still, through the various relationship trials and tribulations they each went through, the one constant was their unbreakable friendship. Sharp and funny and a super-sarcastic portrait of a different kind of true love.

A double act that has nothing to do with love – in fact, there’s more hatred in it than anything – comes to us courtesy of the all-time classic comedy Blackadder. Though various allies and rivals help and hinder the different members of the Blackadder dynasty throughout this era-hopping historical farce, in every series, there was one certainty: Edmund Blackadder would be his faithful servant Baldrick. As the Blackadders’ fortunes declined through the ages, becoming ever more helpless at the mercy of idiotic and capricious authority figures, Edmund became more and more sarcastic and Baldrick more and more brainless. Blackadder couldn’t stand Baldrick, whose cunning plans never did anything but cause more trouble for his master. Still, the pair were bound together by fate, and their catastrophic adventures created timeless moments of laughter for generations of viewers worldwide.

While comedy is famous for its legendary double acts, perhaps the world of crime drama is even more so. In Elementary, we see an update on fiction’s most renowned detective teams: Sherlock Holmes and Doctor Watson. Set in 21st-century America, Elementary certainly takes liberties with Arthur Conan Doyle’s original material. Still, even traditionalists may well find something to please in Jonny Lee Miller’s jittery, mercurial Sherlock. The casting of Lucy Liu as Watson means Holmes’s devoted sidekick is, in this incarnation, not only smart as a whip but probably the sexiest version of Watson the world has ever seen.

In Bones, there’s both detection AND romance at work. The will-they-won’t-they vibe between forensic anthropologist Temperance “Bones” Brennan (and how’s that for an all-time epic character name?) and FBI Special Agent Seeley Booth recalled classics of the romance-crime genre, as well as being a fine showcase for Brennan’s criminological genius and Booth’s cop instincts. There are echoes of the iconic X-Files in Bones: Brennan’s dedication to the scientific method and Booth’s dedication to faith and intuition mirroring the older show’s tension between Dana Scully’s scepticism and Fox Mulder’s (always justified) conspiracy theorising.

In the UK, crime is often of a cosier nature: myriad British detective shows feature the kind of gruesome murder you can curl up with a cup of tea to enjoy (see Midsomer Murders, which features its own loveable double act in which Inspector Barnaby happens to be investigating with whichever one of his revolving door of sergeants).

Perhaps the greatest of all the jolly British sleuths is Jonathan Creek. Played by comic Alan Davies, Creek, with his trademark wild curly hair and battered duffle coat, is a designer of magic tricks who brings his brilliance to bear on a variety of bafflingly insoluble mysteries, often venturing into the bizarre and macabre while always keeping a wicked sense of humour at the ready. Creek is assisted in his deliberations by a succession of female companions, beginning with the determinedly troublesome Maddy Magellan (Caroline Quentin), before moving on to the uptight but intrepid Carla Borrego (Julia Sawalha) and the feistily reckless Joey Ross (Sheridan Smith). The irresistible chemistry between Jonathan and his sidekicks is at the heart of the show, every bit as vital as the fiendishly intricate mysteries.

Of course, TV is full of many, many more brilliant partnerships, from the comic stylings of Del Boy and Rodney to the doomed pairing of Walter White and Jesse Pinkman, even to the beauty of The Doctor’s bonds with a long line of beloved companions. But what they all show is that TV is so often at its best when you get two cracking characters together and watch the sparks fly.

Foxtel is the home of great characters. Get 50+ channels of drama & entertainment, 50+ sports, over 1000 movies and Netflix. With Foxtel, there’s one place to entertain the whole family – yours.