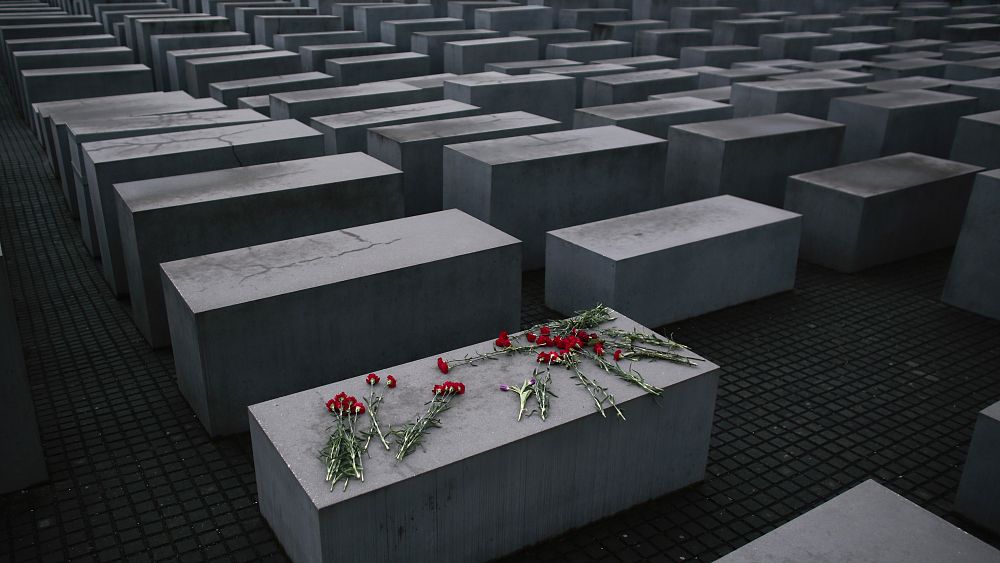 Berlin’s police chief has apologised after officers were pictured exercising on the city”s Holocaust memorial.

Images published by B.Z. showed uniformed police learning on one of the monument’s slabs to practice press-ups.

The newspaper said the pictures were taken from a video filmed by one of the officers during a holiday weekend in May.

“The colleagues’ behaviour disrespects what this memorial stands for and also offends the memory of those who were murdered,” Slowik said.

The GdP union, which represents police officers, also apologised and condemned the “tastelessness” of the officers’ actions.

“The Holocaust memorial is not an adventure playground,” the union said, adding that there must be “consequences” for those involved.

Berlin’s memorial to the six million Jews killed in the Holocaust was opened near the Brandenburg Gate in 2005.

The monument features a field of 2,700 grey concrete slabs and is continually open to the public, although visitors are told not to climb on the slabs.

Police had been deployed across Berlin during the Spring due to demonstrations against COVID-19 restrictions.