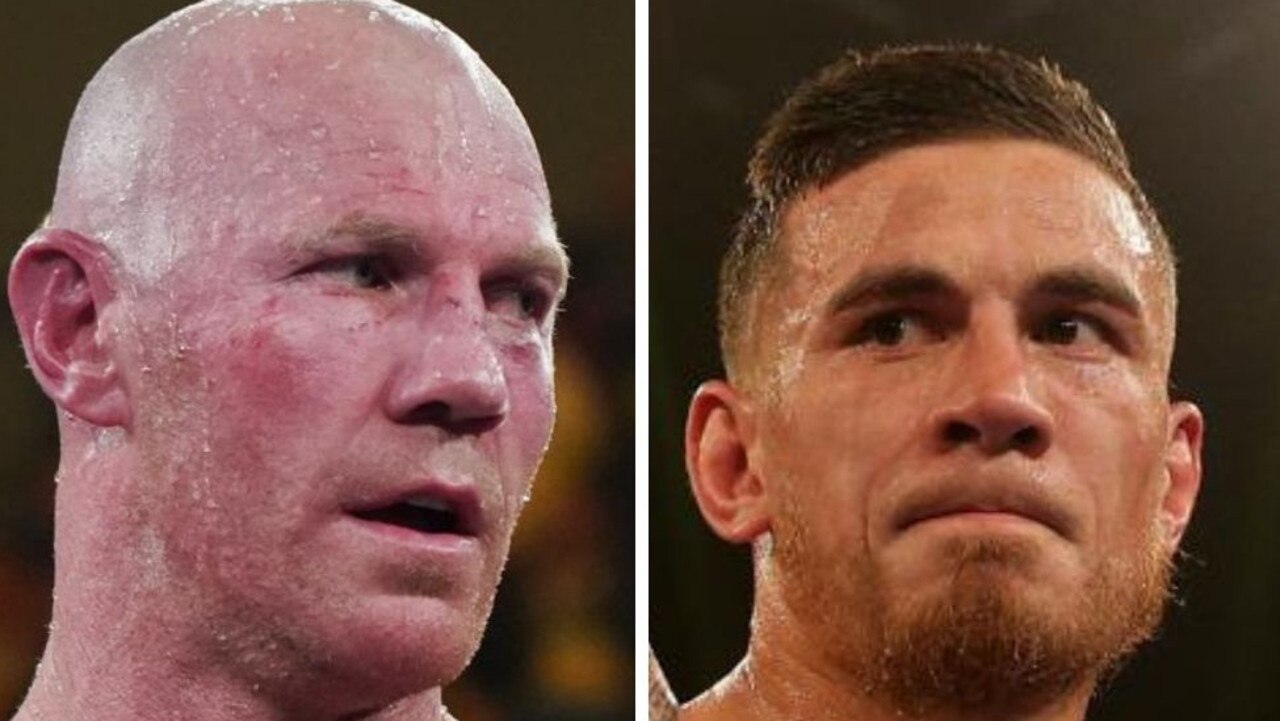 The pair will battle it out in the ring in February with pay-per-view broadcast arrangements still to be finalised, according to Channel 9 sports reporter Danny Weidler.

Williams revealed last month he was eager to fight both Hall and ex-Cronulla Sharks captain Paul Gallen, but explained he was devoting two years to a boxing career and was in no rush to take on the former footballers.

His delaying tactics have frustrated Gallen, who has now all but ruled out a fight with Williams and instead turned his attention to a lower-profile match-up against Manly Sea Eagles player Josh Aloiai on December 10.

Given Williams’ recent comments, a confirmed fight against Hall in just a few months is a surprising development and suggests the former AFL star got his way.

Hall recently told news.com.au he was growing “impatient” with the former NRL and All Blacks star and wanted a date for a fight in early 2022 locked in as soon possible so he had something to aim towards.

“Look, I am a bit frustrated to be perfectly honest,” said Hall, who fought out a draw with Gallen in 2019 in his only other boxing fight.

“It’s been spoken about, this fight, for a very long time. I fought Paul Gallen coming up on two years ago now and we were talking about that fight (with SBW) around that time.

The ex-Sydney Swans skipper believes he can “absolutely” beat Williams, who is eight years his junior.

“I’m not Benjamin Button, I can’t turn back the age clock.

“But I’ve still got the skills. I’m fit, I’ve got the boxing knowledge, I’ve got a good amateur pedigree. I can absolutely hang with these guys.

“I’m happy to fight him tomorrow.

“If I was in the gym now and struggling and slowing down I probably wouldn’t even consider doing it, but I’m not.

“I’m actually improving, I’m getting better. My punching power has gone through the roof since the Gallen fight so I actually can’t wait to get in there and show people what I can do.

“I absolutely think I can beat them both.

“I’ve got a good (fitness) base under my belt. I’m miles ahead of where I started with the Paul Gallen first fight.

“I’m in a pretty good place. I love training, I love keeping fit.”

In an ideal scenario, Hall would like to fight Williams and then take on Gallen again before retiring from boxing for good.

“I’m not in this for a boxing career. I’m in this because I’m able to do it, I can hang with these guys and I think I can beat them. And I’ve got two or three fights left in me.”