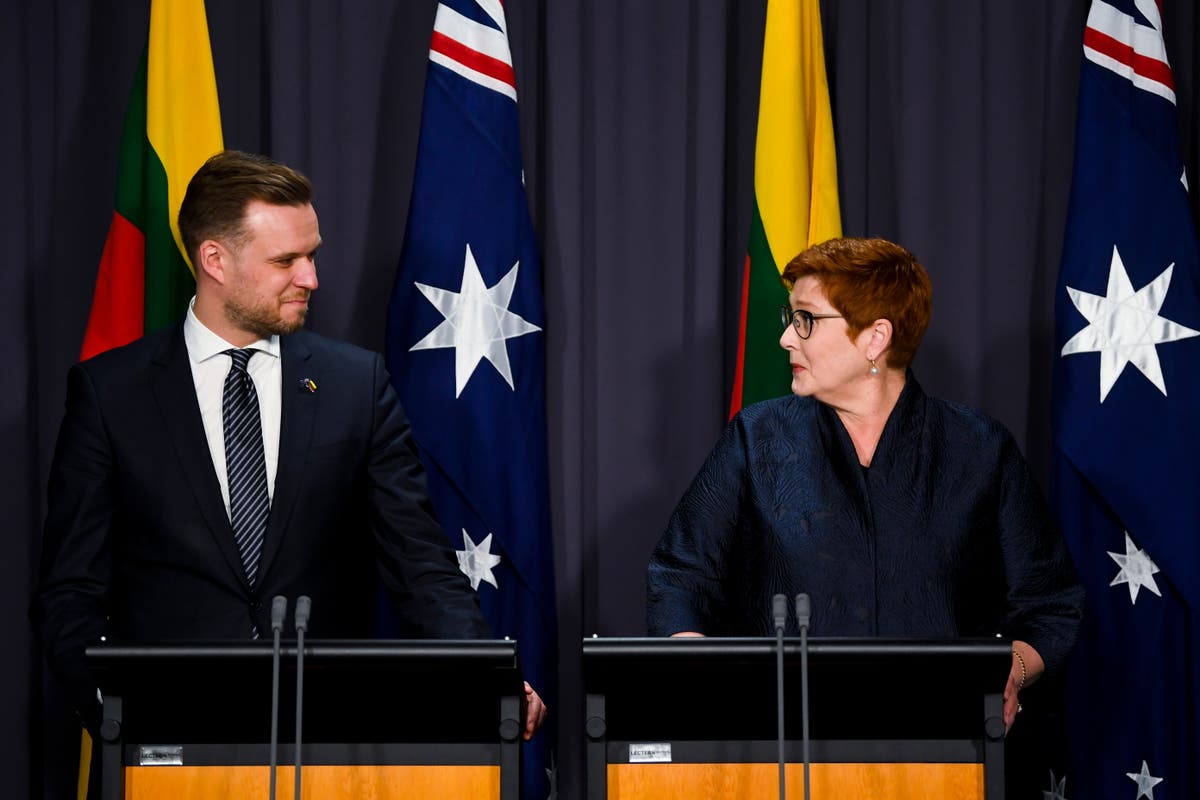 Australia and Lithuania have become conspicuous examples of the economic damage that can come with raising China’s ire.

“For quite a while, Australia was probably one of the main examples where China is using economy and trade as a political instrument or, one might say, even as a political weapon,” Landsbergis said.

“Now Lithuania joins this exclusive club … but it is apparent that we’re definitely not the last ones,” he added.

Australian exporters have lost tens of billions of dollars in recent years due to official and unofficial trade barriers covering coal, wine, beef, crayfish and barley that have coincided with deteriorating bilateral relations with China.

Lithuania more recently suffered economic pain after breaking with diplomatic custom by agreeing that the Taiwanese office in Vilnius would bear the name Taiwan instead of Chinese Taipei, a term used by other countries to avoid offending Beijing

The European Union has taken China to the World Trade Organization, accusing Beijing of holding up goods — both from member nation Lithuania and from EU companies that use Lithuanian components — at China’s borders.

Landsbergis welcomed Australia, a south Pacific population of 26 million, joining WTO consultations in defense of a population of 2.8 million in the Baltic region of Europe.

“We need to remind countries like China or any other country that would wish to use trade as a weapon that like-minded countries across the globe … have tools and regulations that help withstand the coercion and not to give in to … political and economic pressures,” Landsbergis said.

Payne said she agreed with Landsbergis on the importance of like-minded countries working together and being consistent in their approach of maintaining the international rules-based order, free and open trade, transparency, security and stability.

“There are many colleagues with whom the foreign minister (Landsbergis) and I work and engage on these issues, and the more that we are able to share our views and to articulate our views together as we are doing today, the more I think we are sending the strongest possible message about our rejection of coercion and our rejection of authoritarianism,” Payne said.

“The so-called ‘coercion’ of China against Lithuania is purely made out of thin air,” he said Tuesday.

“China urges Lithuania to face up to the objective facts, mend its ways and come back to the right track of adhering to the one-China principle. It should stop confounding right with wrong and maliciously hyping things up, let alone trying to rope other countries in to gang up on China,” he added.

The one-China principle holds that Taiwan is part of China and the Communist government in Beijing is China’s sole legitimate government.

Landsbergis said the international response to economic coercion needed to be more than regional.

“Both Russia and China currently act as disruptors of the global rules-based order.” Landsbergis.

“We have to act counter-disruptively. That means reassuring and strengthening our ties and, actually, this rules-based order that provides security for some of us and prosperity also for the others,” he added.