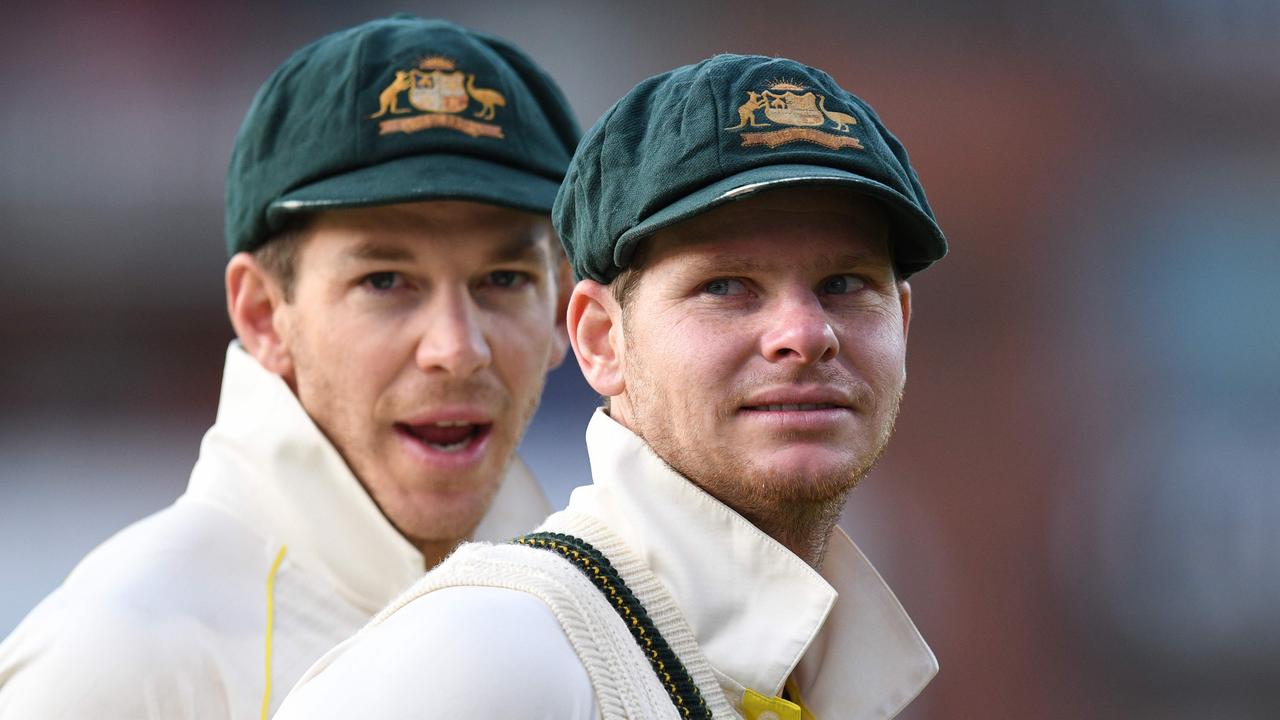 Usman Khawaja has selflessly put Queensland’s Sheffield Shield chances ahead of his own Ashes fortunes after forcing South Australia to follow on from a disappointing first innings at Karen Rolton Oval.

The Queensland skipper is facing a battle with Travis Head for the No.5 spot in the team for this summer’s Ashes series as he looks to break his two-year Test absence.

However, he put the team first to help Queensland maintain what will likely turn out to be game-winning momentum, sacrificing his last opportunity to affirm his Test credentials.

It was even more selfless given his own lacklustre first innings and the fact that it gives Head another chance to stake his claim for the spot before the game is done and dusted.

It came after bizarre scenes where South Australia opener Jake Weatherald kicked away a Queensland helmet that had been placed on the pitch.

During the change of overs, a Queensland fielder placed the helmet directly in front of the stumps for a teammate to pick up – or to annoy the batters – only for Weatherald to boot it some metres away.

Khawaja fired up at the batter in response, before the umpire arrived to lay down the law.

Weatherald was on nine runs at the time, but would only manage 26 before he was caught at square leg by Matthew Renshaw off Sandhu’s bowling. Weatherald managed 33 in the first SA innings as they were bowled out for 102 in reply to Queensland’s 299, before the follow on was enforced.

It was bad news for prospective Test gloveman Alex Carey in his bead to unseat Tim Paine for the Ashes, managing scores of just 2 and 3.

Australia has a big captaincy call to make but Michael Clarke has dealt former skipper Steve Smith a warning ahead of that decision.

Pat Cummins and Smith are widely regarded as the prime candidates to take over the duties, with both interviewed for the role and a decision expected in the coming days.

It comes after Tim Paine stepped down last Friday as men’s Test captain after an investigation was revealed into sexual messages he sent to a former Cricket Tasmania employee.

But Paine himself has received a massive selection boost in his bid for Ashes fitness.

Balancing the rigours of the captaincy along with fast bowling duties is sure to test Cummins, who could lean on Smith for advice should he be appointed as skipper.

Clarke though warned Smith against getting too hands-on with his guidance.

“He’s got to be careful Smithy, because he copped some criticism for doing that when Tim Paine took over the captaincy as well,” Clarke said on The Big Sports Breakfast.

“That he was standing in slip waving his hands, moving the field. If he is vice-captain or even if he is not, he has got to be very careful. There can only be one captain on the field.

“That is what leadership is about as well, owning that. If it is Pat Cummins, he can take advice and guidance but then it’s up to him to be making the decisions.”

Further to his point, Clarke brought up an incident during the third Test against India earlier this year which highlighted the intense spotlight placed on Smith even when not captain.

In it, Smith was accused of deliberating scuffing up the crease, later saying he was “shocked and disappointed” by the claims.

What the drama did reveal is just how closely scrutinised Smith’s actions will be given his role in ‘Sandpaper Gate’.

“I don’t think Steve Smith understands how extreme it is going to be,” Clarke added.

“He got a tiny glimpse of it last summer against India when he scruffed the pitch and was called the biggest cheat on the planet. I don’t think he understands how heavy it is going to be on him.

“Since he’s come back, he’s helped this team win so many games of cricket. He has played a leadership role in the team and is doing a brilliant job.

“I think he can help the team more by supporting if it is Pat Cummins, scoring a truckload of runs and helping Australia win games.”

Tim Paine will play top-level domestic cricket for the first time since April when he takes to the field on Friday for Tasmania in the Marsh One-Day Cup.

The gloveman is today playing in the final day of Tasmania’s four-day second XI match against South Australia in Lindisfarne, meaning tomorrow’s match will be his fifth-straight day of play.

It is a significant step in his push for full fitness and Ashes selection, as he recovers from surgery to repair a pinched nerve in his neck. The 36-year-old had been experiencing pain in his neck and left arm due to a bulging disc midway through the year.

The day-night game on Friday will be live streamed on Kayo Sports from 2.35pm AEDT.

‘NOT GOING AWAY’: PONTING’S WARNING FOR PAINE

Meanwhile, former Australia captain Ricky Ponting has warned the Tim Paine saga will be an ongoing distraction while appointing his long-term replacement at wicketkeeper.

When announcing he would be relinquishing the captaincy, Paine added he did not want to be an “unwelcome disruption”.

Ponting has warned though that may not be possible, regardless of whether Paine has the added leadership role.

“I think inevitably it will (be a distraction),” Ponting told cricket.com.au.

“We’re only a few weeks out from the first Test – it will bubble along.”

While Paine won’t be captain, “shocked” teammates backed him to play in the upcoming Ashes series regardless of the ongoing drama.

Ponting though says the Australian players need to be prepared for the questions about Paine to continue to come if that is the case.

“As much as we would all love to see it go away and there comes a point where it’s never talked about, it’s inevitable that it’s going to be there,” he added.

“Unfortunately for Tim he’s going to get asked about it everywhere he goes.

“Whenever you make mistakes and you’ve got to front up in front of the cricket-loving public, you have some doubts in the back of your mind for a period of time.”

The Paine saga has brought Australia’s contingency plans at wicketkeeper to the front of mind, with Alex Carey and Josh Inglis the two logical candidates.

Ponting has a clear idea on who should replace Paine should he be unavailable for the first Test at the Gabba.

“If Paine doesn’t play in Brisbane the obvious one is Alex Carey,” he said.

Stuart Broad is looking forward to gaining some inside knowledge on Australia after England appointed Troy Cooley as a consultant pace bowling coach ahead of the upcoming Ashes series.

The England and Wales Cricket Board (ECB) announced Wednesday that Cooley, a 55-year-old Australian, will aid the tourists’ quicks in Brisbane under the direction of elite pace bowling coach Jon Lewis.

He will then assist the seamers in England’s second-string Lions squad when they face Australia A in a four-day match that starts on December 9.

Cooley was England’s bowling coach during their 2005 Ashes series success and subsequently took up a similar role with Australia.

“(Cooley) arrived when we got out of quarantine (on) Saturday, but he’s with us for a decent period of time,” Broad told cricket.com.au.

“Really looking forward to picking his brain on Australian conditions, and Australian players, to be honest.”

Broad (524 Test wickets) and longstanding new-ball partner James Anderson (632) are not only England’s two all-time leading Test wicket-takers, they are the only members of the current squad to have enjoyed Ashes series success in Australia, following their involvement in a 3-1 triumph in 2010/11.

England, however, have since lost nine of their last 10 Tests in Australia, with just one draw.

But the 35-year-old Broad hopes Cooley can help redress the balance.

“He’s been in their setup for a long period of time, through development and at the top level,” the Nottinghamshire seamer said.

“All this sort of detail, we’ll be picking Troy’s brain, because anything you can get, even a one-percenter on someone, will be really useful for us,” added Broad, whose father Chris, an opening batsman, was a key member of England’s 1986/87 Ashes-winning side in Australia.

“You need all that sort of stuff to win in Australia. You need to be at the top of your game at all times, and find little chinks in the opposition’s armoury.”

The first Test of an upcoming five-match campaign starts at Brisbane’s Gabba ground on December 8, with Australia holding the Ashes after a drawn 2019 series in England.

Persistent rain saw play abandoned without a ball being bowled on day two of England’s intra-squad tour match at the Peter Burge Oval in Brisbane on Wednesday, delaying the much-anticipated return of star all-rounder Ben Stokes.

Only 29 overs had been possible on Tuesday, with openers Rory Burns (39 not out) and Haseeb Hameed (53 not out) unbeaten in steering an England XI to 98 without loss against the Lions.

More rain is expected on Thursday, potentially scuppering Stokes’ return after almost five months out due to mental health concerns and finger surgery.

But if Stokes proves his fitness, England could field an extra fast bowler in the first Test with Anderson, Broad, Chris Woakes, Mark Wood, Ollie Robinson and Craig Overton all looking to gain from Cooley’s expertise.

England have just one more game scheduled before the first Test — a four-day, intra-squad warm-up from November 30.

Australia have their only red-ball preparation ahead of the series on December 1, when they will play a three-day game among themselves.