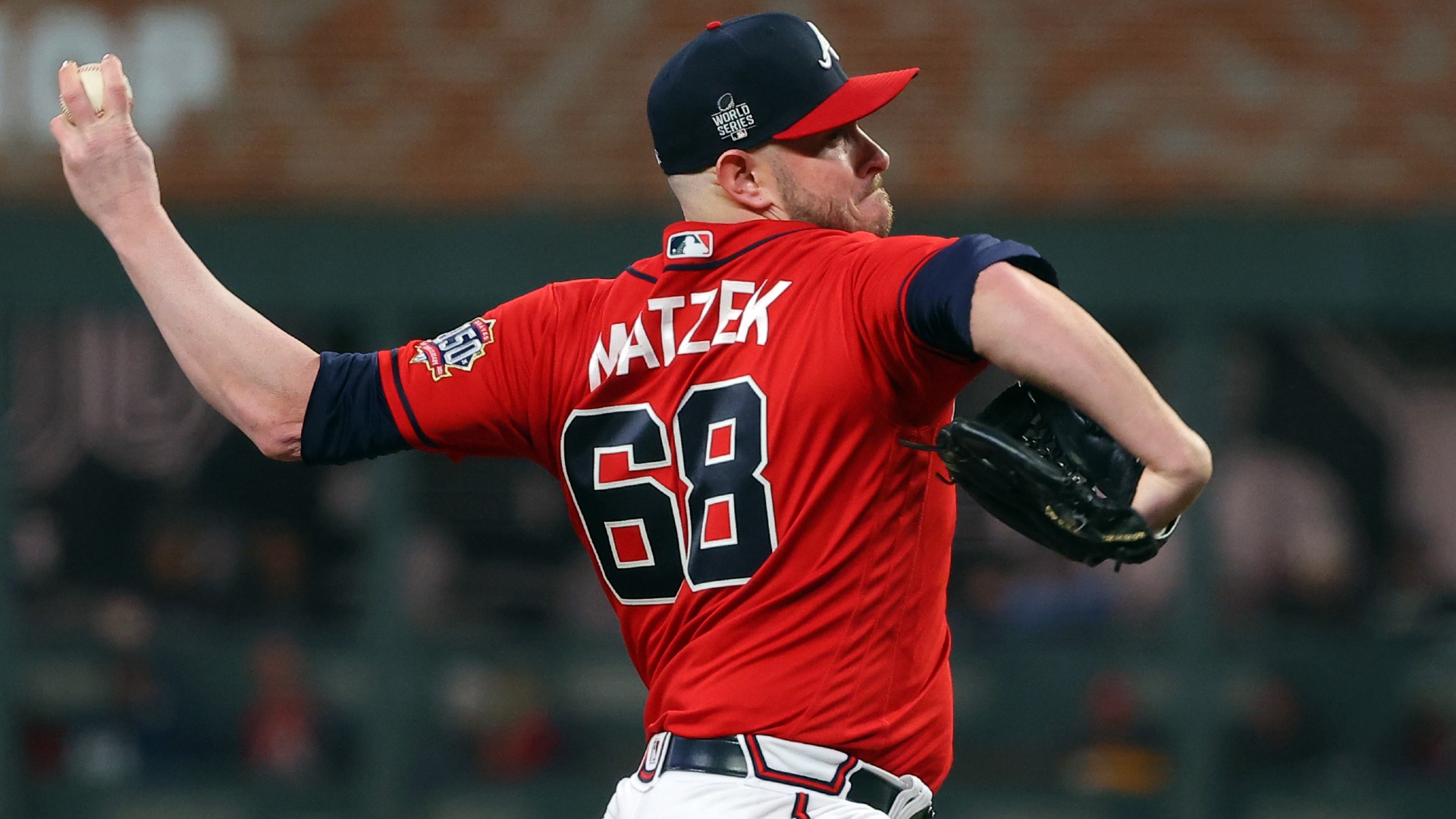 ATLANTA — The door to the Braves’ arm barn opened inward immediately after Travis d’Arnaud grounded out to end the bottom of the fifth inning in Game 3 of the 2021 World Series. The fans at Truist Park — at least the ones not following along on Twitter — seemed rather stunned.

Why was lefty reliever A.J. Minter coming out of the bullpen with the home team holding a 1-0 lead? Starter Ian Anderson hadn’t allowed even one hit through the first five innings, and his pitch count was a reasonable 76. What was in the name of Warren Spahn was happening?

Fans watching on TV or plugged into social media already knew Anderson’s night was done. After a short conversation with manager Brian Snitker, Anderson had donned a hoodie and was sitting up near the front of the dugout, smiling as he watched his offensive teammates try to push across another run.

MORE: The play that broke up the Braves’ World Series no-hitter, explained

Anderson had done his job, in Snitker’s eyes. Winning was the only thing that mattered, and though Anderson hadn’t allowed a hit, he hadn’t been dominant, either. He was, as Astros manager Dusty Baker said and with which third baseman Alex Bregman agreed, “effectively wild.” Of those 76 pitches, 39 were strikes and 37 were balls. Three-ball counts were not rare.

Anderson, though, had made every single gotta-have pitch in his five innings.

“He’s definitely difficult to square up,” Bregman said. “He’s had an amazing postseason career. He has three pitches that are good pitches, and he throws them on the edges. You have to be selective, but we didn’t do a good enough job of squaring up the ones that we could have tonight.”

The Braves were only up by a single run and facing a Houston lineup full of hitters very capable of erasing that thin margin with one swing of the bat. The Astros hitters hadn’t faced Anderson before the game, but now they each had two full at-bats of information. As Snitker pointed out, the hitters at the top of the Houston lineup — the ones due up in the sixth — had each worked long at-bats against Anderson.

“When you’ve got guys like Matzek and Minter and Luke and Will at the back end coming in, you can’t blame him for going to those guys. Those guys, time in and time out, they get it done, and they did it again tonight.”

MORE: Astros-Braves Game 3, as it happened

And so A.J. Minter started the sixth, starting the parade of relievers. The lefty did his job, allowing just one Astro to reach first base, but it was on a hit-by-pitch, not a hit. Bregman’s ankle was sore, but the Astros still had no hits.

The door of the pitchin’ kitchen opened to start the seventh inning, too. Luke Jackson trotted in and did his job, retiring all three batters he faced, on a pair of ground outs and a fly out. The no-hitter was still intact.

The door to Atlanta’s peach pit also opened to start the top of the eighth, and Tyler Matzek ran out to pitch. The no-hitter ended quickly, when a shallow, poorly hit fly ball by Aledmis Diaz dropped between left fielder Eddie Rosario and shortstop Dansby Swanson. Undaunted, Matzek struck out Jason Castro and retired Jose Altuve and Michael Brantley on pop ups, both caught by Austin Riley. The no-hitter was gone, but the shutout remained.

“Luke Jackson didn’t know. Minter didn’t know. After I got done with my inning, they came up and said, ‘Hey, did you know you gave up the first hit?’” Matzek said. “And I said, ‘Yeah, I did know.’ We just wanted to come in and get outs. Our job stayed the same, come in and get the three outs that you’re assigned, then get off the field and let the next guy come in and do his job.”

Finally, to start the ninth inning, not long after Travis d’Arnaud’s solo home run bumped Atlanta’s lead from one to two — quite an important insurance run — closer Will Smith strolled in from the … bullpen.

Bregman led off with a single, beating the defensive shift that left the right side of the infield wide open, but Smith got Yordan Alvarez to pop out, Carlos Correa to fly out to right and Kyle Tucker to fly out to deep center field to end the game.

Atlanta won. The starter did his job for five innings. And the four relievers did their jobs, too.

“It could have backfired, I guess,” Snitker said. “I just thought at that point in time, in a game of this magnitude and all, that he had done his job. And we had a bullpen that all the guys we use had two days off, and they were only going to pitch an inning apiece, and that made them available for the next two games after if it went south.”

It did not go south. In fact, it went so well that the Braves are now just two wins from bringing the World Series title back to the South — Georgia, specifically — for the first time since 1995.