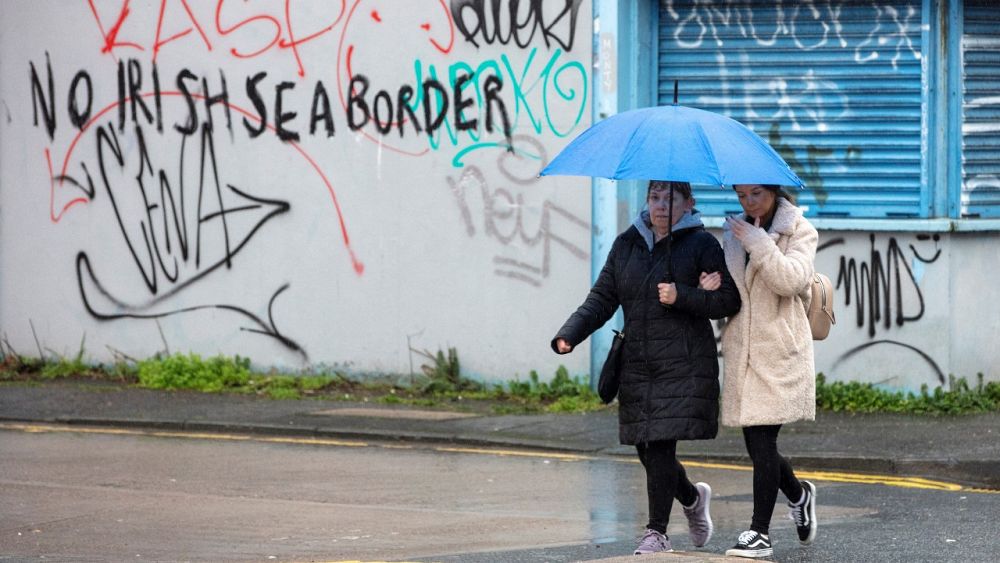 The British government”s repeated threats to pull out of the agreement on post-Brexit trade arrangements in Northern Ireland have prompted Brussels to float publicly the EU’s options as to how to respond.

If the UK does invoke Article 16 of the Northern Ireland Protocol, part of the Brexit divorce deal, it would in effect be suspending at least part of an internationally binding treaty.

In response, the EU could terminate the Brexit trade deal, sparking a trade war between the 27-nation union and its former member.

Both sides have agreed to intensify talks, and there are hopes that a warmer tone in recent exchanges indicates a deal can be done. But the UK is keeping what has been described as a “nuclear option” on the table — a point reiterated by Brexit Minister David Frost on Thursday.

Brussels wants to deter London from taking a move that would further damage already soiled relations — and propel Northern Ireland into a period of yet more turbulence and uncertainty.

Essentially the Protocol protects the EU’s single market by avoiding a politically sensitive, hard land border on the island of Ireland, instead creating an internal UK trade barrier in the Irish Sea.

Article 16 is the legal mechanism allowing either the UK or the EU to take safeguard measures unilaterally if they believe it has brought “serious economic, societal or environmental difficulties” or “diversion of trade”.

Since the Protocol came into force at the start of 2021, UK unionists in Northern Ireland have been angered by the consequent trade disruption — although many businesses also benefit from unrestricted access to the EU’s single market.

The UK government has delayed imposing new checks on goods sent from the British mainland and is demanding a complete overhaul of trading arrangements.

The EU’s response would likely depend on how extensively the UK intended to use Article 16.

If the British government did so in a limited fashion — for example by suspending provisions on trade between Britain and Northern Ireland in chilled meats or plant products — the response from Brussels might well be limited too.

However, given that Lord Frost has made it clear that the UK’s intention is to rewrite the agreement and ditch oversight by the European Court of Justice, such a restrictive approach might do little to achieve its aims.

London, however, could take action that goes much further. It could suspend whole sections of the Protocol such as that on customs and the movement of goods, which currently keep Northern Ireland aligned to EU rules.

This would be seen by Brussels as London effectively driving a coach and horses through the whole deal, and its reaction would certainly be more severe.

Right from the start of the negotiations following the 2016 Brexit referendum, Brussels made it clear that the Irish border was one of three key themes that had to be resolved before binding agreements were finalised.

The Brexit divorce deal including the Northern Ireland Protocol set the binding terms for the UK’s departure from the EU in January 2020. It laid the foundations for the subsequent negotiations on trade and the future relationship, culminating in the Trade and Cooperation Agreement (TCA) struck on Christmas Eve last year.

The EU could argue that should the UK torpedo the former, the latter would be entirely undermined — giving Brussels grounds for suspending the Brexit trade deal altogether.

Ireland’s Foreign Minister Simon Coveney told RTE radio last week that “one (deal) is contingent on the other”, and that if one was set aside by London, there was “a danger” that the other could be set aside by the EU.

“The feeling in Brussels is that the triggering of Article 16 is a nuclear option and it will require a firm response — nothing short of essentially at least a partial suspension of the Trade and Cooperation Agreement, and also the feeling and acknowledgement that once you escalate to that level, it’s very hard to come back from,” she said.

An EU suspension of the Brexit trade deal would not come into effect for a year — effectively kicking off a re-run of negotiations including on Northern Ireland and setting the clock ticking again towards another “no-deal scenario”.

Failure to secure another agreement would lead to the EU and the UK reverting to World Trade Organization (WTO) rules, involving tariffs and further disruption to trade already hit by post-Brexit red tape despite the current deal.

Some commentators argue that such a “nuclear response” by the EU risks playing into the UK’s hands. Former UK prime ministerial adviser Raoul Ruparel argued in a Twitter thread that the 12-month period before a trade deal suspension took effect would enable the UK’s approach in Northern Ireland to “become the norm”.

In such a scenario the EU would be pulling the plug on the entire trade deal, Ruparel argues, despite a situation which most of Northern Ireland was happy with — especially business, which would be enjoying the “best of both worlds” with unrestricted access to both the UK and EU markets.

One train of thought is that the UK government might then flag up its long-held belief that the risks to the EU’s single market from Northern Ireland post-Brexit are overblown — and dare the EU to put up a hard land border.

EU officials have also reportedly been exploring other options against Britain in the event that London triggered Article 16.

A partial termination of the trade deal could, for instance, keep in place agreements on social security and co-operation on security.

Another alternative could see the EU take more limited action, by for example imposing tariffs on specific UK exports such as cars, food and drink, or fish.

It’s thought that such action could be implemented more quickly, be more effective, and gain more backing from member states than a move to terminate the trade deal.

One danger for the EU is that the UK launches a succession of threats or actual moves to trigger Article 16, each time in a limited manner targeting specific parts of the Protocol.

Such repeated actions might wear down the treaty’s effectiveness while restricting the EU’s scope to retaliate.

“This would be consistent with the way that the Brexit government has conducted itself throughout, following a pattern set domestically by the ERG (the European Research Group of eurosceptic Conservative MPs): that is, to push ever harder, bank every concession, and push again for more,” argues Chris Grey, Emeritus Professor of Organizational Studies at Royal Holloway university, in his weekly blog.

“Such an approach would be profoundly destabilising for Northern Ireland, and for the UK in general, but this government is unlikely to care about that.”

For that reason, there is a growing recognition that it would be “sensible from an EU perspective to respond in the harshest legally possible way to any triggering of Article 16,” Grey says.

The EU is seeking to mobilise support internationally for its defence of the Northern Ireland Protocol. Meeting US President Joe Biden in Washington last week, European Commission President Ursula von der Leyen highlighted the Brexit divorce treaty as key to “the possibility to keep peace and stability on the island of Ireland“.

The United States was closely involved in the process that led to the 1998 peace accord. The House Foreign Affairs Committee has warned the UK that its threat to invoke Article 16 threatened “that hard-earned peace”, calling on London “to abandon this dangerous path”.

Turning back the clock

The EU’s Brexit negotiator Maros Sefcovic welcomed the “change in tone” from his UK counterpart David Frost after the latest talks. But the British government says Article 16 remains the “only option” if negotiations fail.

As negotiations continue, Sefcovic and Frost are due to meet again in Brussels on Friday to assess progress on key areas such as medicines, customs procedures, agri-food checks, and the role of the Northern Ireland Assembly.

It’s hoped that compromises can eventually be reached on easing border red tape between Britain and Northern Ireland — London says the Commission’s proposals don’t go far enough — and on oversight by the European Court of Justice. Though clearly set out in the Protocol, London raised objections to the ECJ’s role in a “Command Paper” published in July.

Boris Johnson struck a revised deal on arrangements for Northern Ireland with the EU in October 2019. The breakthrough after two years of deadlock over the issue opened the door to a general election victory and the UK’s much-delayed exit from the EU.

The new Protocol ditched the previous “backstop” provision resented by Brexiteers but kept Northern Ireland in the EU’s single market for goods and subject to its customs rules.

Critics of the UK’s approach say it amounts to an attempt to turn the clock back several years in negotiations, reviving old notions over how to avoid a hard Irish land border that were rejected at the time by Brussels as fanciful.

If the British government does suspend the Protocol, it may be calculating that in the end, the EU will baulk at going the whole hog — and refrain from embarking on a course that sparks a trade war and poses a serious dilemma over the Irish land border.

But many in Brussels and EU capitals are heartily fed up with London’s tactics. Article 16 would be a high-risk gamble.

Every weekday at 1900 CET, Uncovering Europe brings you a European story that goes beyond the headlines. Download the Euronews app to get an alert for this and other breaking news. It’s available on Apple and Android devices.