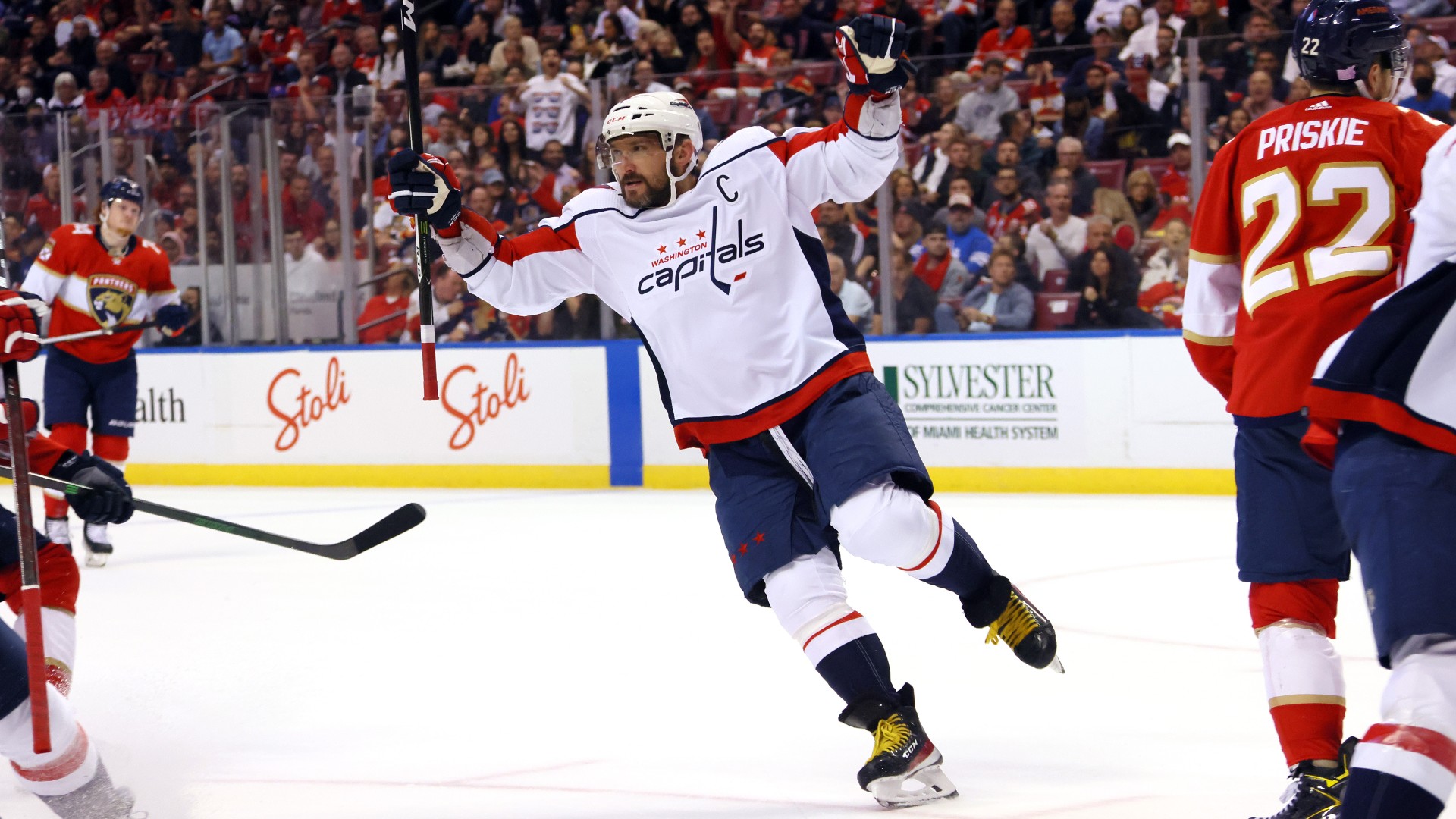 The Capitals captain entered the 2021-22 season sitting on 730 career goals. That put him 164 tallies back of Wayne Gretzky’s chart-topping 894. There have been questions about whether he can surpass “The Great One’s” number as “The Great 8” hits the latter years of his career. But as Gretzky says, he expects him to — and hopes he does — break the all-time record.

As Ovechkin moves through the record book, Sporting News breaks down where he stands and where he’s heading as the march to 895 continues in earnest.

Over the course of his career, the team Ovechkin has found the back of the net against the most is the Lightning. He has faced his former Southeast Division rival 74 times and has notched 49 goals. The next team on the list is the Jets with 48 goals in just 67 games.

If you think, well he’s 36, can he keep producing? Ovechkin is like a fine wine; he’s just getting better with age.

Entering this season, Ovechkin trailed Gretzky by 164 goals. While he’s off to a torrid start, it’s unlikely that he’ll keep finding the back of the net once per game. A reasonable high end might be the 50-goal barrier, which he hit most recently in 2018-19, though he did score at a 50-goal pace during the COVID-shortened 2019-20 season.

Of course, if he continues scoring at a blistering pace, he could get there sooner. Ovechkin’s career high in goals per game is 0.79, which he set way back in 2008-09. With even the rosiest projection, the earliest Ovechkin could catch Gretzky is midway through the 2023-24 season.

It’s impossible to predict health, but needless to say, that’s perhaps the biggest factor in assessing the 36-year-old’s chances of becoming the all-time scoring champ.

How many Rocket Richard Trophies has Alex Ovechkin won?

Awarded to the NHL’s top goal scorer by the NHL Board of Governors, the Maurice Richard Trophy, commonly called the Rocket Richard Trophy, was provided to the NHL by the Montreal Canadiens in honor of the Hall of Famer. Over the course of 18 seasons with the Canadiens, Richard led the NHL in goals five times, was the first to score 50 in 50 games (in 1944-45) and was the first 500-goal scorer in league history. He finished his career with 544 goals in 978 games.

The trophy was first handed out following the 1998-99 season to Teemu Selanne of the Mighty Ducks of Anaheim, who led the NHL with 47 goals.

Ovechkin has captured the trophy a record nine times. He could have won it his rookie year but lost out to the Sharks’ Jonathan Cheechoo by four goals, and he was a goal short in 2009-10.