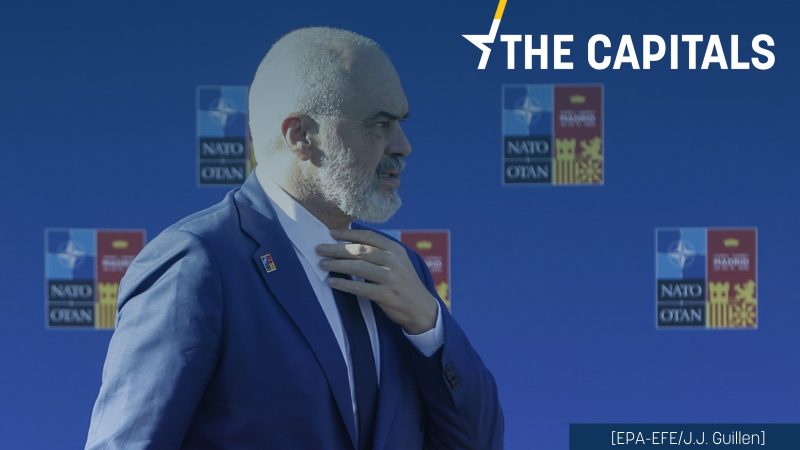 Albanian Prime Minister Edi Rama is set to meet NATO chief Jens Stoltenberg in Brussels this week amid plans to turn a port on the country’s Adriatic coast into an Alliance naval base.

This comes just months after work started to convert a former base full of ex-Soviet planes in ‘Stalin City’, now Kucova, into a NATO airbase. Read more.

Macron at centre of Uber Files investigation. French President Emmanuel Macron backed the economic development of US company Uber in France and signed a secret “deal” when he was economy minister between 2014 to 2016, an international media investigation known as the “Uber Files” published on Sunday reveals. Read more.

Field of 11 candidates vie to replace Johnson. An increasingly crowded field of candidates is assembling to contest the Conservative party leadership ahead of the first votes to whittle down the candidates to replace Boris Johnson to take place this week. Read more.

Opponents vie for independents’ support as no-confidence vote looms in Dublin. Independent Irish lawmakers have been the objects of lobbying in recent days ahead of a vote of no-confidence in the government scheduled for this week. Read more.

Finns would like to see more Russian sanctions. As the war in Ukraine rages on and energy prices increase, most Finns want Russia to face even stricter sanctions, recent polls show. Read more.

Rome fires mount pressure to diffuse ‘ecological bomb’. Rome was struck by a major fire on Saturday, the fourth in less than a month, prompting the centre-right, which also criticised the city’s long-standing waste management problem, to call for a state of alert for the city. Read more.

Pride march returns to Madrid after two-year hiatus. After a two-year hiatus due to the pandemic, Madrid was greeted by the LGBTIQ pride march on Saturday with the motto “in the face of hate: visibility, pride and resilience”. Read more.

Czech ministers saddened by recall of Ukrainian ambassador. Several Czech ministers said they were saddened by Ukrainian President Volodymyr Zelenskyy’s decision to recall his Ambassador to the Czech Republic, Yevhen Perebyinis, saying he should have kept his post for longer because of the war in Ukraine. Read more.

Slovakia no longer among worst countries on EU funds absorption. Slovakia no longer ranks second-to-last in EU fund absorption as was the case during the 2014-2020 programming period, now ranking 21st above countries like Belgium, the Netherlands and Denmark, according to Deputy Prime Minister Veronika Remišová. Read more.

Slovenia relaxes biofuel rules to fight price surge. Fuel retailers will have greater leeway in determining how much biofuel they add to their fuels under an amended regulation on renewable sources in transport the government adopted to help keep fuel prices in check. Read more.

EU representatives say Europe failed to prevent Srebrenica genocide. The EU’s chief diplomat Josep Borrell and Commissioner for Enlargement Oliver Varhelyi have spoken out on the anniversary of the Srebrenica massacre at the hands of Bosnian Serbs in 1995, calling it a failure and shame of Europe. Read more.