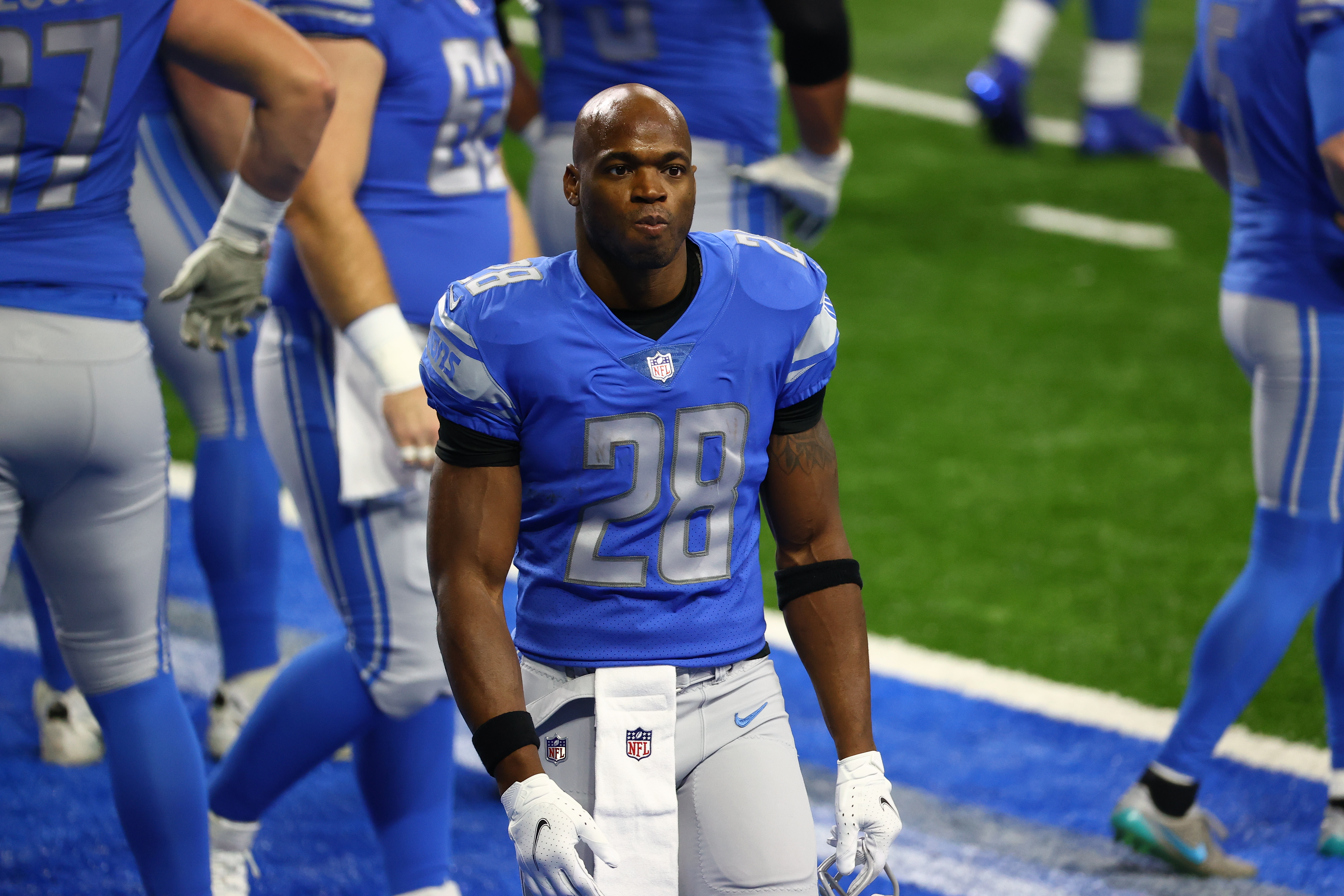 The Titans are considering Adrian Peterson as a candidate to replace Derrick Henry after he broke his foot on Sunday.

Tennessee will bring the veteran running back in for workouts this week, NFL Network’s Ian Rapoport reported on Monday.

The #Titans are expected to work out veteran RB Adrian Peterson this week, sources say, in the wake of the Derrick Henry foot injury. Tennessee could replace the MVP candidate with one of the greatest running backs of all time.

Henry, who currently leads the league with 937 rushing yards and 10 touchdowns, is at risk of missing the remainder of the season with a broken foot. Titans coach Mike Vrabel announced that Henry is scheduled to have surgery and his timetable for return is unclear.

Rapoport reported a timeline of 6-10 weeks for Henry’s recovery from surgery.

Peterson has yet to make an appearance in an NFL game this season, but he played all 16 games with the Lions last season and rushed for 604 yards and seven touchdowns on 106 carries.

The 36-year-old running back was drafted in 2007 by the Vikings and spent four regular-season games with the Saints in 2017 before being traded to the Cardinals. He also spent two seasons with the Washington Football Team before he signed a one-year contract with the Lions in 2020.

MORE: Who is Derrick Henry’s backup on the depth chart?

Peterson is the NFL’s fifth all-time leading rusher with 14,820 career rushing yards. He has totaled over 1,000 rushing yards in eight of his 13 seasons in the league. He most recently eclipsed that mark in 2018, rushing for 1,042 yards and seven touchdowns with Washington.

Peterson is reportedly one of several replacements that the Titans are considering acquiring ahead of the Nov. 2 trade deadline. According to Jeremy Fowler, he is expected to be the first of multiple potential options for running back replacement considerations.

Titans will have plenty of options via trade or free agency for RB help. Could be more workouts coming. @RapSheet 1st on Peterson’s expected visit.