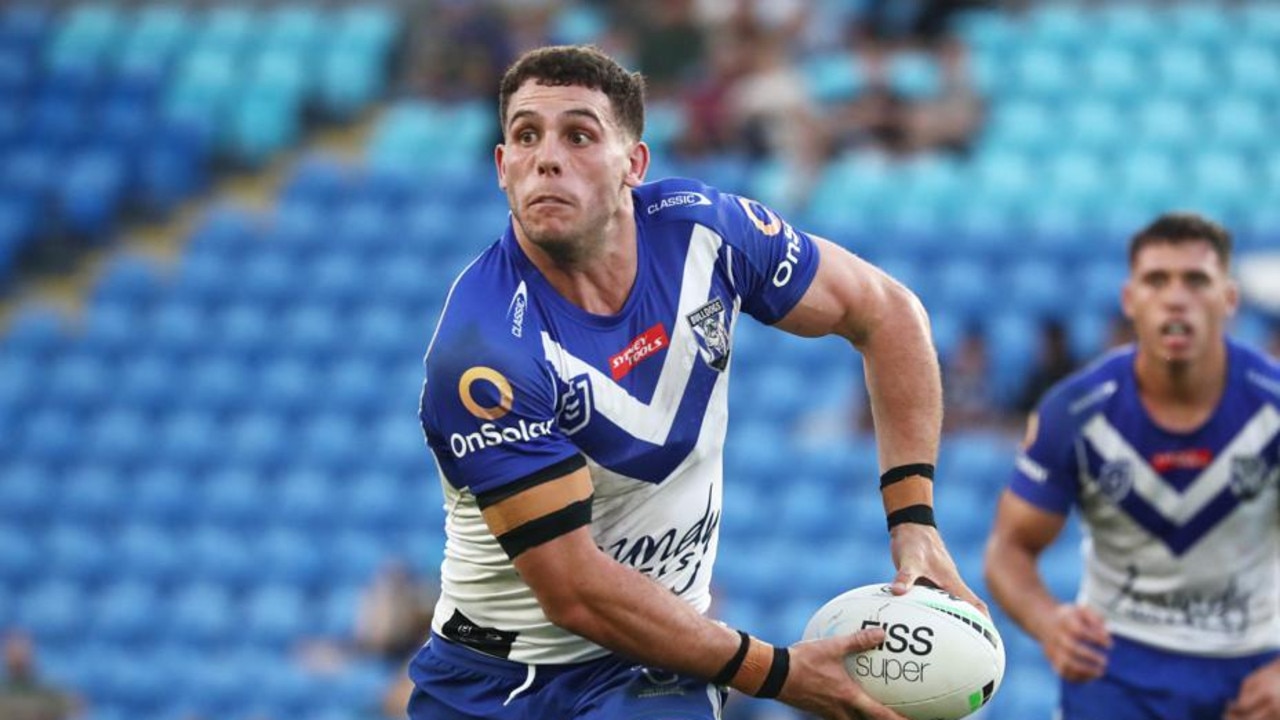 Canberra’s newest recruit Adam Elliott is ready for a “fresh start” in the nation’s capital as he opened up on a touching connection he has with Raiders coach Ricky Stuart.

Elliott has inked a one-year deal with the Raiders — a lifeline of sorts — after he and the Bulldogs mutually parted ways following the infamous toilet tryst with NRLW player and his now girlfriend Millie Boyle.

The 27-year-old told TheSun-Heraldthat he hopes to “prove a few people wrong” when he runs out for the Raiders next season.

“When your back is against the wall, you want to go out and prove yourself, prove yourself in the NRL, and that’s what I want to do,” he said.

As good as Elliott can be as a player, the forward’s career has been marred by off-field controversies.

In 2018 he was photographed naked at a pub in the city during Canterbury’s Mad Monday celebrations. Earlier this year he was involved with ex-Bulldogs player Michael Lichaa after kissing his fiancee on Valentines Day.

Then came the toilet tryst in August on the Gold Coast. The pair were caught by a security guard locked in a bathroom together.

Elliott was investigated by the NRL Integrity Unit and stood down for the Bulldogs’ final two games of the season. He was then released from the final two years of his contract, costing him close to $1 million.

All three incidents have involved alcohol, which is why Elliott takes full responsibility for them and is wanting to do better. According to the Herald, he is seeing a counsellor every week to make sure his life stays on track.

EXPOSED: The Bulldogs went on a BIG spending spree. But there’s a glaring problem

The Tathra Sea Eagles junior ”can’t wait” to kick off his next chapter with the Raiders but knows all eyes will be on his behaviour.

“The mistakes I’ve made, nobody else is responsible for them but me,” he said.

“You are the only one responsible for what happens in your life.

“And when I go to Canberra, I’ll be 100 per cent responsible for what happens there and how I behave. I actually can’t wait.”

Elliott’s time at the Bulldogs may have ended on a sour note, but he has no negative feelings towards the club that he supported growing up and was signed to as a 13-year-old.

“I love the club too much to say a bad word about them,” he said.

“The hardest thing was playing that last game and not knowing it would be my last. You also wouldn’t meet a better person than (skipper) Josh Jackson.

“But now that I’ve gone, I can see the value in having a fresh start and trying to prove myself on and off the field.

“I was actually willing to wait until round one to find another club. I was happy to back myself because I know I’m in a really good head space and I’m focused.

“There were a few things in my life that were maybe clouding my judgment, but I’m so clear now.

“I honestly believe my best footy is still in front of me.”

Canberra’s recruitment guru Peter Mulholland signed Elliott to the Bulldogs all those years ago and he was the man to kick-off negotiations for a cut-price $250,000 deal with the Raiders.

They were up against the Wests Tigers who were always keen on the star forward’s services.

But Elliott’s special connection with Stuart was a “big” factor in his decision to join the club as they both have close family members who are on the spectrum.

“Sticky (Stuart) said I could add a lot of value on the field, but the big one was our connection through my brother and Ricky’s daughter (Emma),” he said.

“He actually asked for my brother’s number when we agreed to terms because he wanted to call James himself and welcome the family to the Raiders.

“My brother was buzzing about that phone call. It says a lot about Ricky.

“The hard thing with autism is not knowing how to express yourself, James struggles to talk through things with people, and whenever I’m in the headlines he can’t understand why people write or say bad stuff about a person he loves.