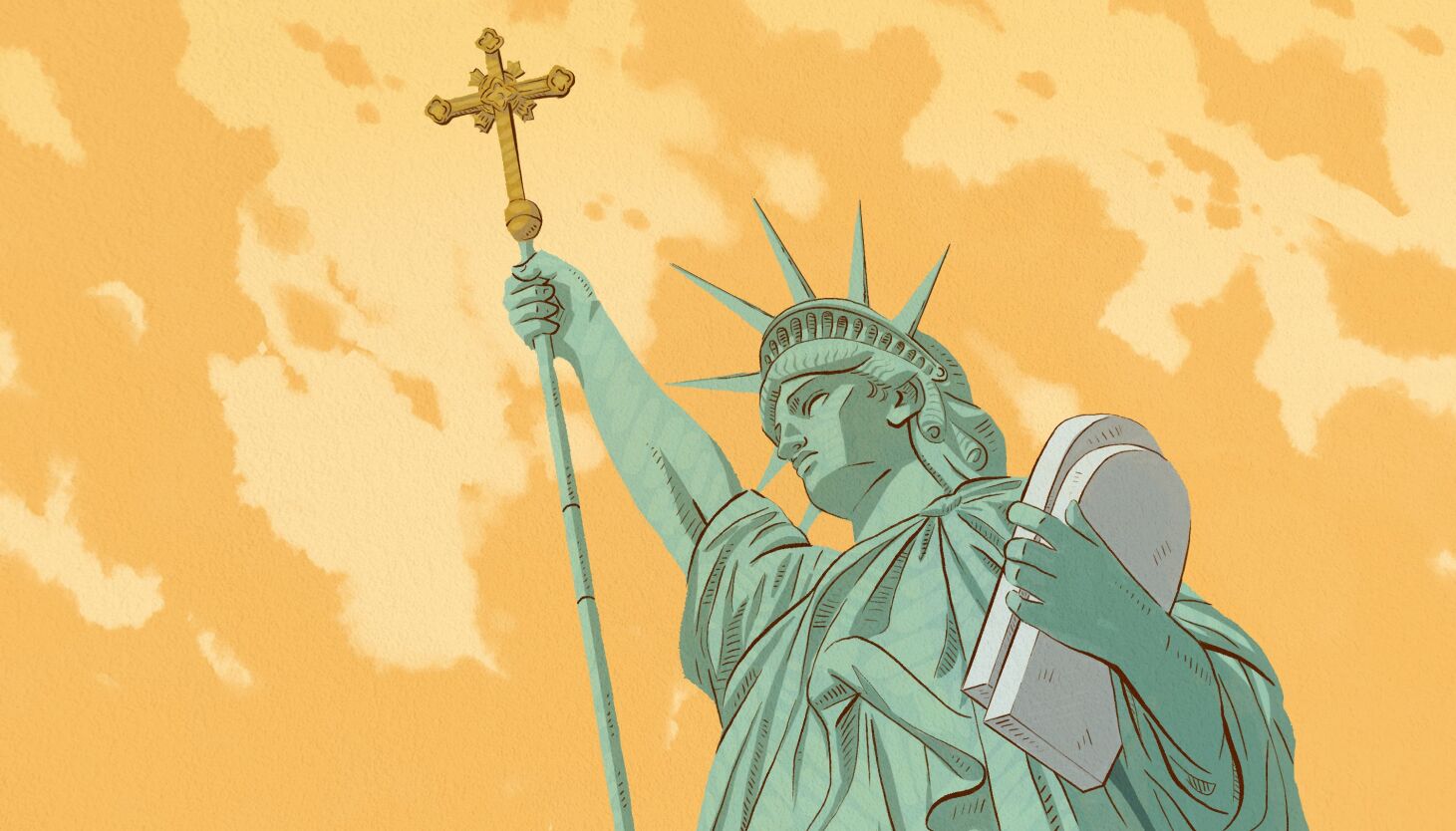 If you ask some Americans, the Supreme Court’s abortion ruling did more than overturn Roe v. Wade. They believe it also shrunk the distance between church and state.

These more liberal religious freedom advocates fear the court has cleared the way for lawmakers to privilege conservative religious teachings on when life begins. But they don’t plan to let that happen without a fight.

In tweets, interviews and official statements, they’re calling for religious freedom-focused legal challenges to abortion restrictions. If a policy is built on religious beliefs about abortion, a case could be made that it violates the establishment clause, they say.

A synagogue in Florida has already filed a lawsuit to test this approach. It claims the state’s 15-week abortion ban violates the Florida constitution’s religious freedom protections.

As they wait for that case to play out and for similar lawsuits to be filed, legal experts are debating whether such claims could succeed. Some believe it’s too hard to prove lawmakers are privileging certain religious teachings, while others say even conservative judges are committed to rooting out government interference in religious affairs.

“If these (abortion) bans are shown to be religious laws, that would be unconstitutional even under the Supreme Court’s very limited view of what the establishment clause prohibits,” said Amanda Tyler, executive director of the Baptist Joint Committee for Religious Liberty.

The establishment clause and abortion

The concept of using the establishment clause to challenge abortion restrictions is not new, but it’s taken on new significance in the weeks since the Supreme Court overturned Roe v. Wade. As states consider updating their abortion laws, there’s increased potential for lawmakers to make inappropriate — and potentially unconstitutional — theological claims, Tyler said.

“We’ve already seen members of Congress recently talking about how the church needs to control the state,” she said.

However, the abortion ruling came during a term in which the justices also scaled back the application of the federal establishment clause. Moving forward, it seems unlikely that the justices will be willing to consider related claims against abortion restrictions, said Douglas Laycock, a professor of law and religious studies at the University of Virginia.

“The strongest support for the claim that religious motivation might invalidate an otherwise secular law was in what was known as the Lemon test, from Lemon v. Kurtzman in 1971. … (But) they just repudiated the Lemon test in the football coach case,” he said.

Even before this term’s decisions were on the books, establishment clause challenges to abortion restrictions had a losing record in front of the Supreme Court. For example, in 1980, the justices ruled that a Medicaid rule stating funds couldn’t be used to pay for abortions did not violate the establishment clause.

“The fact that the funding restrictions in the Hyde Amendment may coincide with the religious tenets of the Roman Catholic Church does not, without more, contravene that clause,” the court said.

A similar establishment clause claim made it to the Supreme Court in the late 1980s in a case centered on abortion restrictions in Missouri. Justices were asked, among other things, to consider whether the inclusion of the faith-based claim that “life begins at conception” in the preamble to the policy text violated the First Amendment.

In a controversial 5-4 ruling, the court upheld Missouri’s abortion law, deciding that the preamble wasn’t a core part of the regulations. “The court has emphasized that (Roe v. Wade) implies no limitation on a state’s authority to make a value judgment favoring childbirth over abortion, and the preamble can be read simply to express that sort of value judgment,” the majority opinion said.

In these and other rulings, the court has been clear that enacting secular laws that coincide with religious teachings does not amount to establishment of religion, Laycock said.

“Both church and state speak to morality,” he said. “Homicide laws, theft laws, perjury laws and defamation laws all have their religious parallels in the Ten Commandments.”

Despite the legal history, Tyler believes it’s worthwhile for groups to remain open to filing establishment clause claims against abortion restrictions. In the near future, there will likely be situations in which lawmakers go beyond passing abortion policies that parallel religious commandments and actually cite religion as their inspiration, she said.

“We can expect to see, either in the legislative text itself or in statements from lawmakers, explicit appeals to religious texts or doctrines as the rationale for abortion bans,” she said.

Such appeals would violate past rulings prohibiting use of the “machinery of the state” to enforce religious teachings, Tyler added.

“Once you start using government to pass religious laws, you’ve crossed a line,” she said.

Laycock agreed that, under circumstances in which lawmakers clearly point to religious inspiration, an establishment clause claim would have a better shot. But even then, judges would likely focus on whether or not the policy compels participation in a religious activity, he said.

“What the legislature can’t do is require you to participate in religious rituals, exercises and prayers. When it regulates secular activity, its reasons for regulating generally don’t matter,” Laycock said.

For her part, Tyler believes the Supreme Court remains concerned about other types of religious coercion. It’s conceivable that the conservative justices would take issue with religiously inspired abortion laws, she said.

“I am discouraged by the direction this court has gone in establishment clause rulings … but the way those decisions were written showed they’re still concerned about government coercion,” Tyler said.