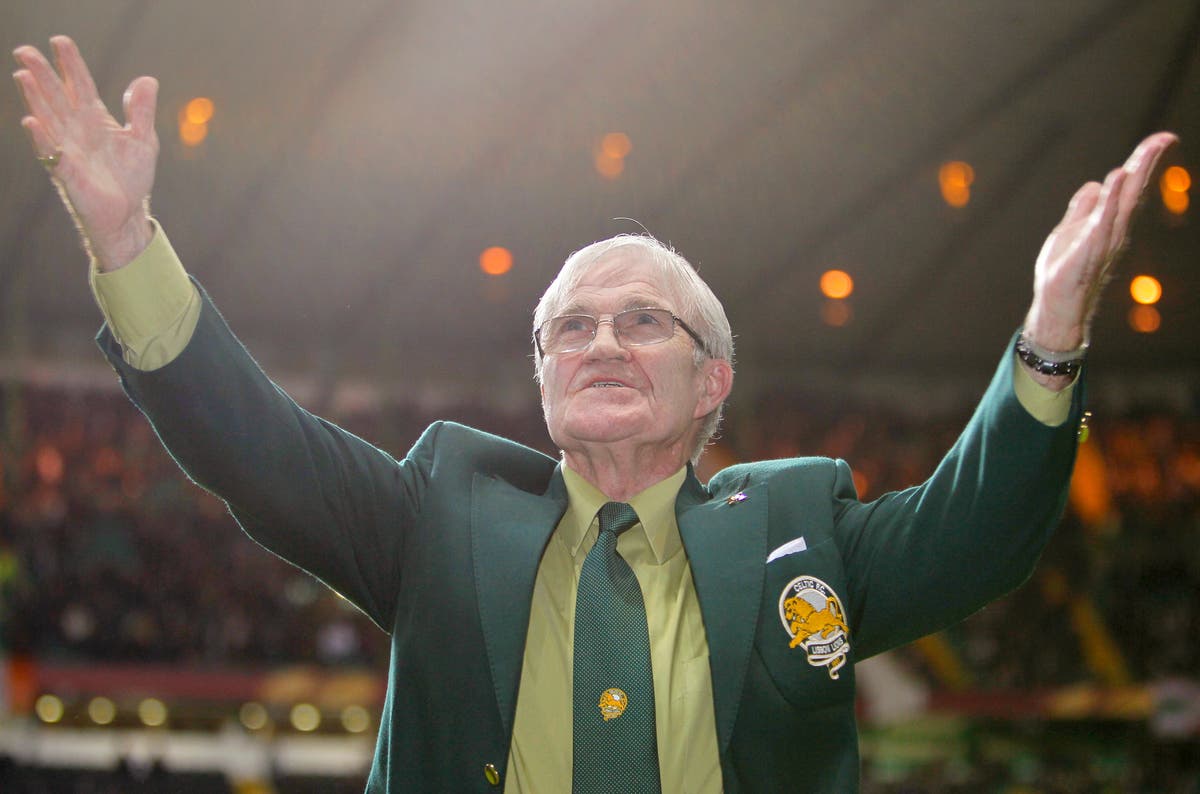 Tributes have been paid to Lisbon Lion Bertie Auld, one of Scottish football’s great characters, following his death at the age of 83.

The midfielder scored 85 goals in 283 appearances over two spells for Celtic the most famous game of which was the 1967 European Cup final win against Inter Milan in the Portuguese capital.

The news as announced by the Glasgow club, who stated that Auld was “adored by the entire Celtic family for the passion and love that he always showed for Celtic”.

After hanging up his boots, Auld went on to manage Hibs, Partick Thistle – whose Firhill ground was just a goal-kick away from Panmure Street in Glasgow where he was born – Hamilton and Dumbarton.

However, Celtic remained his first love and he spent his later years regaling the Hoops faithful with stories in the club’s hospitality suites.

His family announced in June that Auld was suffering from dementia.

Celtic chairman Ian Bankier said: “I don’t think words can ever adequately describe what Bertie meant to the club and our supporters. He was a giant of a player, a giant of a man and quite simply Mr Celtic.

“He scaled the greatest of heights as a player with his talent, but it is who he was as a man that made him so much more to us all.

“He enriched all our lives so greatly with his humour, his character and personality and for that we will forever be grateful.”

Players who represented Celtic long after Auld retired quickly learned of the presence he had around the club.

Chris Sutton wrote on Twitter: “Bertie was a real legend, a lion and an absolute gentleman. He was a great player and a charming, funny, funny man.”

The club’s charity wing, the Celtic FC Foundation, said: “What a man Bertie Auld was. He appeared at countless Foundation events over the years and made each of our participants feel like they were the only person in the room. He meant the world to our team and our thoughts and prayers are with his family at this time.”

Auld’s former teams and the Scottish Football Association were among those to pay tribute, while Rangers expressed their sadness and passed on their sympathy to Auld’s family and Celtic.

Birmingham hailed Auld for playing a part in some of the club’s most glorious years – the midfielder featured in a European final against Roma and the 1963 League Cup final victory against Aston Villa.

Hibs, who Auld led to the First Division title in 1981, described their former player and manager as “a brilliant man with a huge personality”.

“Bertie Auld’s talent, success, personality and character meant he was revered by supporters not only of the clubs he served, but across the Scottish football spectrum and beyond,” they said.

“The Thistle teams he moulded in the second half of the 1970s remain among the most fondly remembered in the club’s modern history and his win percentage just south of 40 per cent, mostly achieved in the Premier League, is among the best ever achieved at Thistle.

“The boy from Panmure Street, a true one-off, seemed destined to represent the red and yellow and he did so with distinction in those two managerial spells.

“Bertie Auld will forever have his own very special place in the history of Partick Thistle Football Club.”