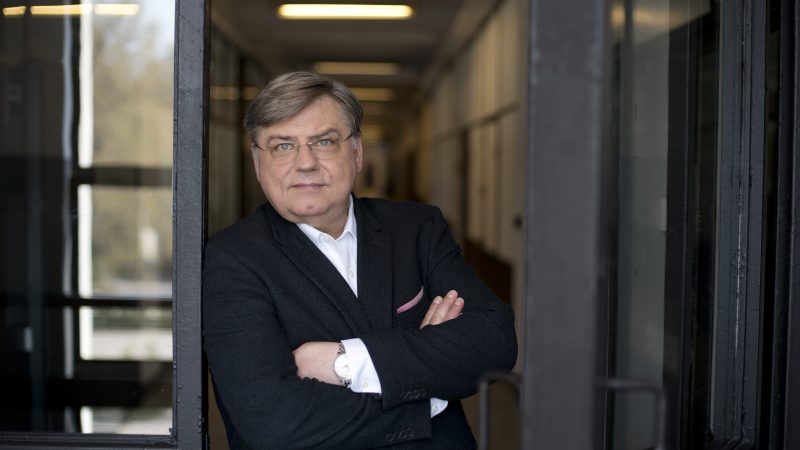 Kosma Złotowski is the ECR candidate for President of the European Parliament.

The European Union is currently facing many very serious challenges. At such a time, we cannot afford to work against each other.  Yet unfortunately, there remains a tendency to undermine the European Parliament as a place of honest debate and compromise between peoples, turning it into another front in the political culture war. Unfortunately, the Parliament’s current leadership has also contributed to this state of affairs by agreeing to transfer national disputes to the European forum too often. The forthcoming election of the President of Parliament is an opportunity to change this confrontational style of governance, which is incompatible with the spirit of European cooperation. I am the candidate for real change in this harmful climate of conflict – a change towards meeting the common problems faced by Europeans head-on.

The EU is an organisation of sovereign states which, in many areas, have the right to shape their own legal order. As President, I will insist on the clear separation of competences and on the need for all EU institutions to act within the framework of the powers provided in the Treaties, while respecting the principles of subsidiarity, proportionality and the allocation of powers.

The European Parliament, as the only directly elected institution, has a particular responsibility to ensure democratic standards, to secure respect for the principle of separation of powers and to safeguard respect for national constitutional orders. Unfortunately, this is not the case, as can be seen not only in the shape of the agenda for plenary sittings, but also in the decisions taken on the organisation of our work.

The policy of restricting the rights of certain political groups and individual MEPs has become a regrettable standard that cannot be justified in any way. In practice, this means disregarding millions of voters who have sent their representatives to Brussels. As President, I will strive to restore the basic rules that guarantee equality for all MEPs. Basic democratic practices must be reinstated in the election of parliamentary offices in accordance with the d’Hondt principle, which must be respected without exception. Respect for diversity is not about ignoring differences and marginalising those with differing views, but about coexistence and cooperation.

The European Parliament also needs a series of reforms to increase its effectiveness. We represent not only European voters but also European taxpayers. I will ensure that Parliament does more with less, cutting waste and unnecessary bureaucratic procedures, working towards a modern and sustainable institutional order. My priority will be to accelerate and complete the digital transformation which, during the pandemic, made it possible to continue our work despite travel restrictions and reduced opportunities for physical meetings.

The remote and hybrid working tools developed over recent months should stay with us permanently. Members should have the right to decide freely whether they want to take part in deliberations physically or remotely. We should make the widest possible use of remote working; this includes administrative staff and assistants. This is not only an excellent tool for strengthening the principles of work-life balance, but also a means of reducing unnecessary travel that has a negative impact on the environment. Parliament should set the highest standards in this area and ensure that Members and staff are free to choose the work organisation system that is most efficient for them.

The European Parliament’s two-seat system is an absurdity which must end. Even before the COVID-19 pandemic, this system seemed to lack any substantive justification, but recent months have shown how expensive and unnecessary the ritual of travelling to Strasbourg for plenary sessions is. As President, I will begin to take active steps to abolish this obligation, which brings no benefit whatsoever and generates enormous financial, environmental and organisational costs.

As MEPs we should fight for the things that really matter to Europeans: enabling a quick recovery from the current pandemic, improving the single market, managing the migration crisis and tackling rising energy prices. These are key issues that should be firmly back on our agenda and we should work together to tackle them effectively. We have all been elected by citizens, and all of us in this House must speak for them. As President, I will ensure that every vote in the European elections, no matter who for, is returned its political importance.