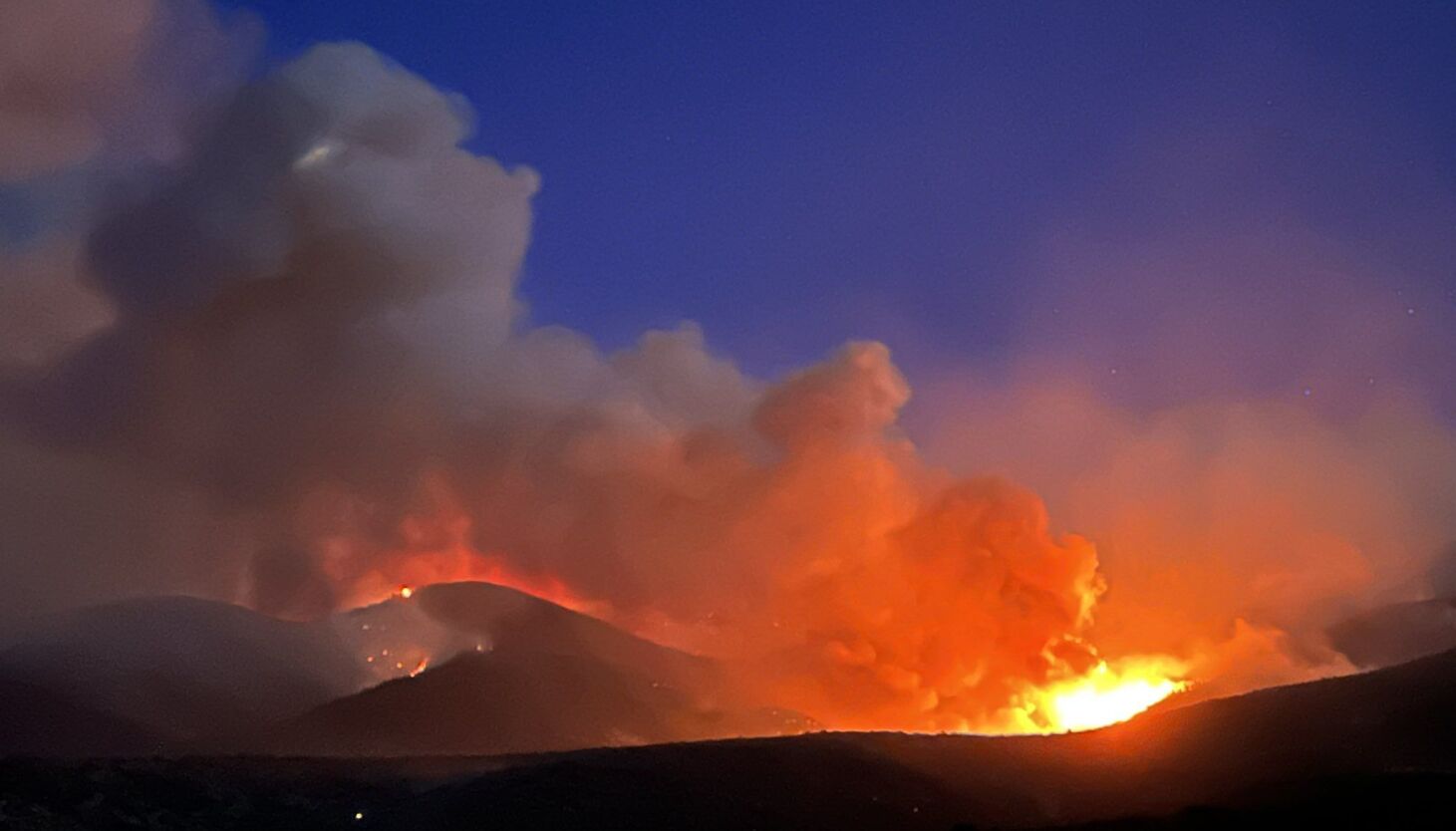 FILLMORE — Four people were arrested Saturday who police say abandoned a fire at Halfway Hill that investigators point to as the start of a wildfire that has burned 7,958 acres.

Darri Rae Dewolfe, Tyler Russell Smith, Talon Lance Kessler and Michael Joseph Patti were arrested on suspicion of abandoning a fire that caused property damage greater than or equal to $1,000, according to police booking affidavits.

The group had been recreating in the area for several hours and at one point started a fire at a campsite, which fire investigators were able to determine was the origin of the wildfire, the affidavits say. Police say they recovered evidence near the site of the fire that showed people “had been at this location and had left abruptly.”

Police made contact with the four people and interviewed them. “They stated that after being at this location, they had made attempts to extinguish the fire, and then left the scene,” the affidavits say.

When the four people saw the fire erupt, “they were concerned that their fire may have been the cause,” but they made no attempts to contact police or the fire department, according to the affidavits.

The Virginia Hills subdivision remains under an evacuation order, and drivers in the area can expect increased traffic as firefighters continue to battle the fire.