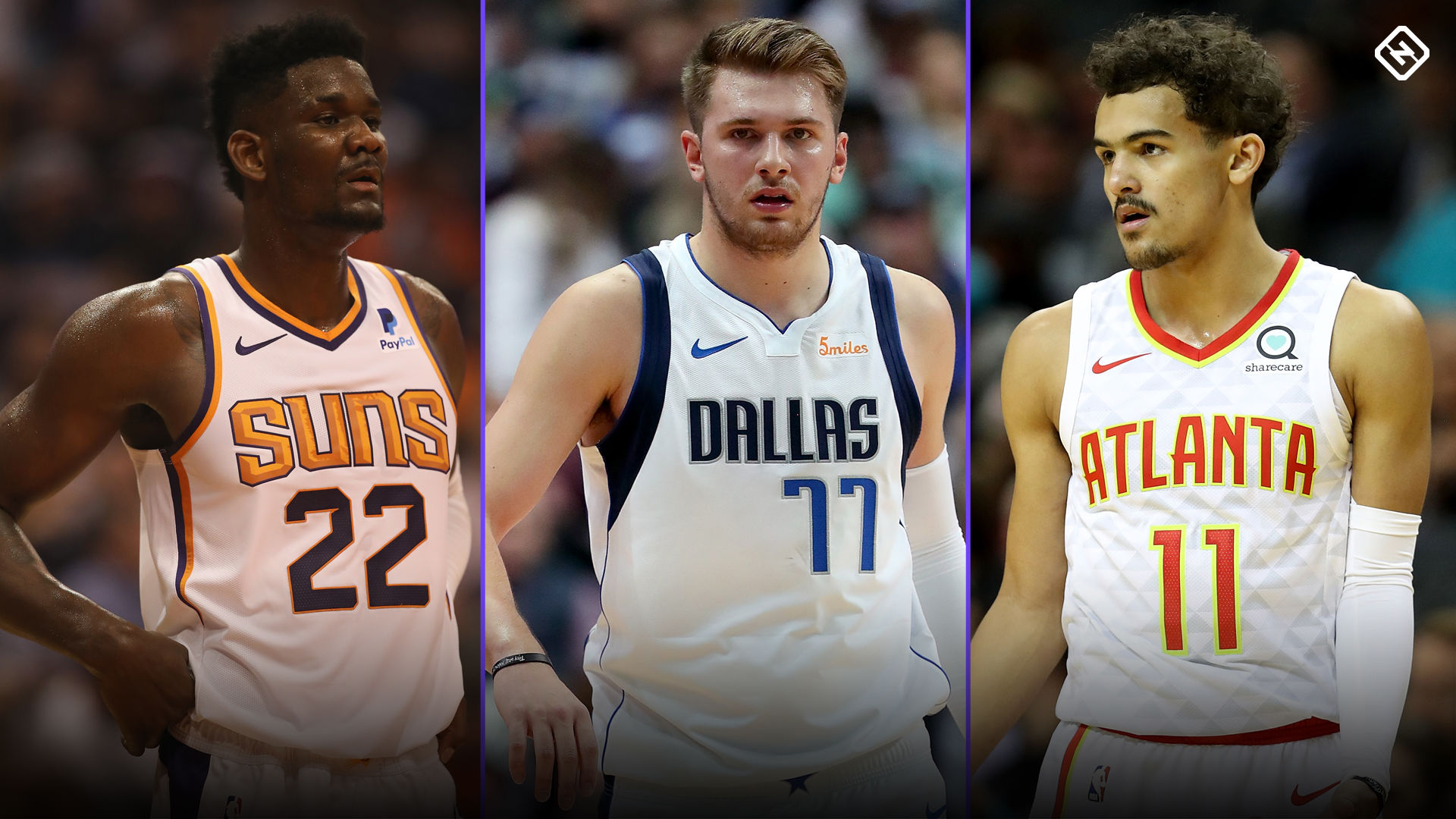 The NBA Draft is an event that is designed to stir up immediate reactions. Why wait to see how a prospect will develop when you can declare that he was the wrong selection only 30 seconds into his professional career? This is the nature of the beast.

Ahead of Friday’s game between the Mavericks and Suns, which features the No. 1 (Deandre Ayton) and No. 3 (Luka Doncic) picks from the 2018 NBA Draft, The Sporting News has decided to take a radical approach. We’re going to evaluate the players from that class based on what we have actually seen. (It’s so crazy that it just might work.)

More than three years removed from the event itself, here are the updated winners and losers from the 2018 NBA Draft.

Shocker. The Mavericks acquired Doncic in a draft-day trade with the Hawks, sending Trae Young and a future pick that turned into Cam Reddish to Atlanta in exchange for the Slovenian star. Doncic has been spectacular through his first three-plus seasons, averaging 25.7 points, 8.4 rebounds and 7.7 assists per game. Dallas unsurprisingly handed Doncic a five-year, $207 million supermax rookie extension this past offseason. He should be the face of the franchise for a long time.

Oh, and don’t forget about Jalen Brunson. The Mavs landed the former Villanova guard at No. 33 overall. He is posting career-highs in points (15.3), assists (5.0) and rebounds (4.7) per game this season.

After Doncic ran away with the 2018-19 Rookie of the Year award, it seemed as though the Hawks had made a huge mistake. Who cares about future picks when you’ve got a future MVP sitting right there?

Well, that was an overreaction. Young has become one of the league’s most lethal offensive weapons, capable of breaking down opposing defenses with his scoring and passing. Atlanta also snagged Kevin Huerter in the first round, and he has already shown he is capable of being a valuable role player on a winning team. Reddish is still a bit of question mark, but he has flashed intriguing potential.

The Suns left plenty of fans and analysts confused on draft night when they took Ayton with the first pick because Igor Kokoskov, Phoenix’s coach at the time, had developed a strong connection with Doncic after leading the Slovenian national team to the Eurobasket gold medal in 2017. On top of that, there were the standard concerns about selecting a traditional big man instead of a primary ball handler.

Ayton experienced growing pains as a rookie, particularly on the defensive end, but he has been an integral part of the Suns’ rise to contender status. He excelled in the 2021 NBA playoffs, averaging 15.8 points and 11.8 rebounds per game while shooting 65.8 percent from the field.

Phoenix also acquired Mikal Bridges in a trade with Philadelphia, giving up Zhaire Smith and a future pick that turned into Tre Mann. Bridges is now one of the NBA’s best 3-and-D forwards, and he should only improve as he enters his prime years.

No one doubted Porter’s talent, but teams were worried about his medical history. He missed the entirety of the 2018-19 season after undergoing a procedure on his back, and he is currently sitting out with another back issue. It’s possible that injuries derail his career.

With that said, the Nuggets were wise to take a chance on Porter, especially considering they held the No. 14 pick. He scored 19.0 points per game in 2020-21 and shot a scorching 44.5 percent from 3-point range. That’s why Denver offered him a five-year max extension in September.

If Porter can stay healthy — and that’s a huge if — he will play an instrumental role in the Nuggets’ pursuit of a championship.

The Kings went with Bagley at No. 2, and… yikes. The 22-year-old is basically a non-factor in Luke Walton’s rotation. Bagley’s agent, Jeff Schwartz, ripped the front office earlier this season, saying it was “completely baffling” that Bagley wasn’t receiving any minutes.

“It’s clear [the Kings] have no plans for him in the future, and yet, passed on potential deals at last year’s deadline and this summer based on ‘value,'” Schwartz said. “Instead, they chose to bring him back but not pay him, a move completely contradictory to their ‘value’ argument. This is a case study in mismanagement by the Kings organization.”

Everything is going great! Solid pick!

MORE: Could Bagley be featured in a Ben Simmons trade?

You know how the Suns got Bridges in that trade? The 76ers might enjoy having a guy like that on the roster right now, huh?

Smith struggled with health problems as a member of the Sixers, playing in a total of 13 games over two seasons. He was traded to the Pistons in November 2020, then waived by Detroit. This was just a flat-out miss by Philly.

Speaking of misses, we have to bring up the Kevin Knox pick. (Sorry to kill the good vibes, New Yorkers.)

The Knicks selected the Kentucky forward at No. 9, and the next three picks in order were — gulp — Mikal Bridges, Shai Gilgeous-Alexander and Miles Bridges. It’s always silly to crush teams for not grabbing the hidden gem of the draft whenever it’s someone like Draymond Green or Manu Ginobili going in the second round, but all of those players were firmly in that range and available to the Knicks.

MORE: The Knicks starting five is a hot mess

We’ll give New York a little bit of credit for finding Mitchell Robinson at No. 36, but the Knox disaster is too much to ignore.

We’re still dealing with the same problems years later. ESPN’s Adrian Wojnarowski and The Athletic’s Shams Charania are constantly revealing picks well before NBA commissioner Adam Silver makes the official announcement. Then, the picks get traded, and no one watching the broadcast can keep track of where the players are actually going, especially when they’re wearing the hats of the organizations that originally drafted them.

There must be a better way to do this.